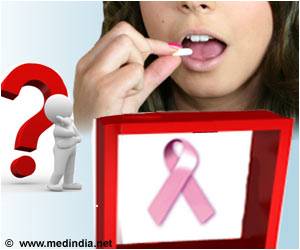 Previous research has indicated that giving trastuzumab and anthracyclines at the same time is effective at treating HER-2-positive breast cancer. However, there is concern that this combination can be associated with an increased risk of cardiac toxicity.

New research from Aman Buzdar M.D., professor and vice president of clinical research at The University of Texas MD Anderson Cancer Center, and colleagues in the Alliance for Clinical Trials in Oncology, shows these agents do not need to be given concurrently to achieve a high rate of complete pathological remission.

The findings, published in the journal Lancet Oncology, investigated the timing of trastuzumab administration with anthracycline and taxane chemotherapy.

Management of breast cancer during pregnancy or pregnancy associated breast cancer requires special consideration to avoid harm to the fetus.
Advertisement
The randomized phase III trial enrolled 280 women with operable HER-2 positive invasive breast cancer at 36 centers across the United States from September 2007 through December 2011.

Patients were randomly assigned to two treatment regimens, 138 in the sequential group who received fluorouracil, epirubicin and cyclophosphamide on day one of a 21-day cycle for four cycles followed by paclitaxel plus trastuzumab weekly for 12 weeks.

The 142 patients in the concurrent group were treated with paclitaxel and trastuzumab weekly for 12 weeks. This was followed by fluorouracil, epirubicin and cyclophosphamide on day one of a 21-day cycle with trastuzumab on days one, eight and 15 of the 21-day cycle for four cycles.
Each patient in both arms of the trial received a total of one year of trastuzumab therapy. The primary endpoint of the trial was the proportion of patients who had pathological complete remission in the breast, defined as the percentage of women who started the neoadjuvant treatment with no histological evidence of disease in the breast at surgery.

"If a patient achieves complete pathological remission, we know from previous experience that more than 90 percent continue to remain free of their disease at longer follow-up," Buzdar said, who also served as the principal investigator of the trial.

The findings showed that 56.5 percent of patients in the sequential group had a complete pathological remission versus 54.2 percent of the patients who received the concurrent regimen, a difference that was not significant.

Researchers are now in the process of analyzing the genomic profiles of the breast tumors that were obtained during the trial to better understand patient responses. The purpose is to evaluate the specific characteristics of a tumor that is sensitive to these therapies, as well as identify the profiles that are resistant.

Kelly Hunt, M.D., professor in MD Anderson''s Department of Surgical Oncology and co-principle investigator of the trial, said if we can identify the patients most likely to have pathologic complete response with therapy, we can reduce or potentially eliminate surgery for these patients in the future.

The Alliance for Clinical Trials in Oncology is a clinical trials network sponsored by the National Cancer Institute that consists of nearly 10,000 cancer specialists at hospitals, medical centers and community clinics across the country and Canada. The Alliance is dedicated to developing and conducting clinical trials with promising new cancer therapies and utilizes the best science to develop optimal treatment and prevention strategies for cancer, as well as researching methods to alleviate side effects of cancer and cancer treatments.

The crab that invades the breast is no more a fear factor with all the advancements that medical science and customized protocols can fight breast cancer. the recent developments in the management of breast cancer.
Advertisement
<< Newly Discovered Mechanism may Help Prevent Type 1 Diabetes
Britain Appeals to Keep Napoleon Bonaparte's Death Mask >>