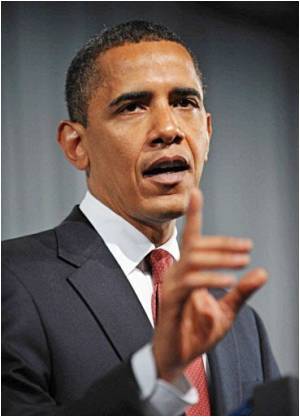 A compromise has been proposed by US President Barack Obama announced in order to defuse a row over access to birth control. His stance had prompted election-year Republican critics to claim he was waging a war on religion.

In a concession, Obama said his government would no longer require religious organizations to offer free contraception on employee health plans and decried opponents he said had turned the issue into a "political football."


But he stuck by the principle that all women should have free access to such services, putting the onus on insurance firms to approach women working for religious employers like Catholic hospitals to offer them birth control.

"Religious liberty will be protected, and a law that requires free preventive care will not discriminate against women."

The US Conference of Catholic Bishops (USCCB) said the move was a good first step but needed further study.

The fight erupted when the administration decided not to exempt religious employers from a requirement under its health reform law that work-based insurance plans offer women coverage for contraception.

Officials argued that a woman who worked, for example, as a nurse at a Catholic hospital might not share their employer's religious opposition to contraception and should have the same rights as female workers elsewhere.

Catholic leaders were outraged -- though houses of worship were exempt -- and Republicans used the row to whip up a social issues storm, firing up their conservative political base in an election year.

Republican House speaker John Boehner accused Obama of mounting an "unambiguous attack on religious freedom" as Republicans sought to damage Obama among Catholic voters ahead of his reelection race.

Republican presidential candidate Newt Gingrich, who converted to Roman Catholicism, warned that Obama could not be trusted when it came to religion.

"This is a man who is deeply committed -- if he wins reelection, he will wage war on the Catholic Church the morning after he's reelected," Gingrich said Friday.

"It's about government control of your lives and it's got to stop."

But Obama, making a hurried bid to end a row which has dominated Washington for a week and deflected from White House efforts to showcase the improving economy, condemned those who had sought political gain from the episode.

"I understand some folks in Washington may want to treat this as another political wedge issue. But it shouldn't be. I certainly never saw it that way," he said.

USCCB president, Cardinal-designate Timothy Dolan, said it appeared the administration had shown "openness" to respond to some of his concerns.

"Today's decision to revise how individuals obtain services that are morally objectionable to religious entities and people of faith is a first step in the right direction," he said.

"We hope to work with the administration to guarantee that Americans' consciences and our religious freedom are not harmed by these regulations."

The Catholic Health Association, which had also criticized the original mandate, was "very pleased" with the compromise, which it said protected religious liberty and the rights of Catholic institutions.

"The framework developed has responded to the issues we identified that needed to be fixed," said Sister Carol Keehan.

The Planned Parenthood Federation, a non-profit organization which fights for women on reproductive issues, also welcomed the decision.

"In the face of a misleading and outrageous assault on women's health, the Obama administration has reaffirmed its commitment to ensuring all women will have access to birth control coverage," said Planned Parenthood president Cecile Richards.