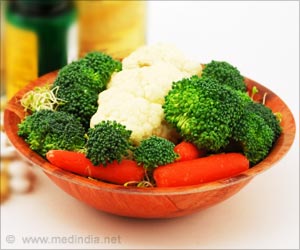 PFAS are widely used in manufacturing because of their flame-retardant and water- and oil-repellent properties. Two long-chain PFAS, perfluorooctanoic acid (PFOA) and perfluorooctanesulfonic acid (PFOS), have been linked to negative health effects, so companies in the U.S. have voluntarily phased out their production. As a result, many manufacturers have switched to shorter-chain PFAS, whose health effects are less well known.

Advertisement
‘Compostable food containers seem like a great idea: They degrade into nutrient-rich organic matter, reducing waste and the need for chemical fertilizers.’

Previous research has shown that PFAS in biosolids applied as fertilizer can migrate from soil to plants and then accumulate in humans through the food chain. Because compostable food packaging is becoming increasingly popular, Linda Lee and colleagues wanted to find out how much PFAS end up in the composted material.


The researchers obtained 10 samples from five states: nine from commercial facilities and one from a backyard compost bin. The researchers extracted perfluoroalkyl acids (PFAAs), which are compounds produced by microbial degradation of PFAS during composting, and analyzed them using mass spectrometry. The samples from seven facilities that accepted compostable food packaging had higher total levels of PFAAs than the two that didn't or the one from the backyard bin, which did not contain food packaging.
Advertisement
The researchers found PFAAs corresponding to PFOA and PFOS, which are still produced in some countries, in all of the samples, but most of the detected compounds were short-chain PFAAs. The results from this study contributed to the passage in 2018 of the State of Washington's Healthy Food Packaging Act, which will ban the use of PFAS in paper food packaging after January 1, 2022, the researchers say.

Food Packaging Could Negatively Affect Digestion
Food packaging could have a negative effect on the way in which your digestive system operates, ......

Impact of Color in Food Packaging
Light-colored packaging makes people think that the food products are healthier. But, it also makes ...

Using Traffic Light Colors on Food Packaging Increases Sensitivity to Health
The influence of taste and nutritional value on the selection of food has been investigated by ......