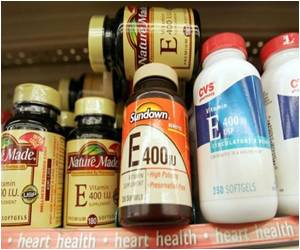 First full 3 dimensional images of vitamin B12 and its partner molecular twisting and contorting have been created by University of Michigan Health System and the Massachusetts Institute of Technology researchers.

That reaction is vital both in the cells of the human body and, in a slightly different way, in the cells of bacteria that consume carbon dioxide and carbon monoxide. That includes bacteria that live in the guts of humans, cows and other animals, and help with digestion. The new research was done using B12 complexes from another type of carbon dioxide-munching bacteria found in the murky bottoms of ponds.

If you feel that the persistent or regular incidences of depression have got nothing to do with what you eat, think again. The reason behind low spirits can be due to insufficient levels vitamin B12.
Advertisement

The 3-D images produced by the team show for the first time the intricate molecular juggling needed for B12 to serve its biologically essential function. They reveal a multi-stage process involving what the researchers call an elaborate protein framework - a surprisingly complicated mechanism for such a critical reaction.


U-M Medical School professor and co-author Stephen Ragsdale, Ph.D., notes that this transfer reaction is important to understand because of its importance to human health. It also has potential implications for the development of new fuels that might become alternative renewable energy sources.

Quiz on Vitamins for Good Health

"Health is the greatest gift, contentment the greatest wealth, faithfulness the best relationship." - Buddha Do vitamin supplements ensure good health? Take this quiz and find out how much you know about these 'magic pills'.
Advertisement
"Without this transfer of single carbon units involving B12, and its partner B9 (otherwise known as folic acid), heart disease and birth defects might be far more common," explains Ragsdale, a professor of biological chemistry. "Similarly, the bacteria that rely on this reaction would be unable to consume carbon dioxide or carbon monoxide to stay alive - and to remove gas from our guts or our atmosphere. So it's important on many levels."

In such bacteria, called anaerobes, the reaction is part of a larger process called the Wood-Ljungdahl pathway. It's what enables the organisms to live off of carbon monoxide, a gas that is toxic to other living things, and carbon dioxide, which is a greenhouse gas directly linked to climate change. Ragsdale notes that industry is currently looking at harnessing the Wood-Ljungdahl pathway to help generate liquid fuels and chemicals.

In addition to his Medical School post, Ragsdale is a member of the faculty of the U-M Energy Institute.

In the images created by the team, the scientists show how the complex of molecules contorts into multiple conformations -- first to activate, then to protect, and then to perform catalysis on the B12 molecule. They had isolated the complex from Moorella thermoacetica bacteria, which are used as models for studying this type of reaction.

The images were produced by aiming intense beams of X-rays at crystallized forms of the protein complex and painstakingly determining the position of every atom inside.

"This paper provides an understanding of the remarkable conformational movements that occur during one of the key steps in this microbial process, the step that involves the generation of the first in a series of organometallic intermediates that lead to the production of the key metabolic intermediate, acetyl-CoA," the authors note.

Senior author Catherine L. Drennan from MIT and the Howard Hughes Medical Institute, who received her Ph.D. at the U-M Medical School, adds, "We expected that this methyl-handoff between B vitamins must involve some type of conformational change, but the dramatic rearrangements that we have observed surprised even us."

Low Vitamin B12 may Lead to Cognitive Problems