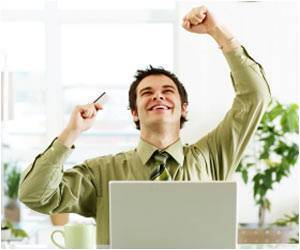 The most competitive phase of our lives is when we are 50 years old, when we desperately try to outperform our opponents, a new study has revealed.

The findings by US scientists contradict the conventional assumption that the need to outperform others subsides, as we get older, and could have implications for the workplace, where pushy young employees are often seen as having more drive than their older colleagues.

Study: Winning is Everywhere in the Brain

When we play games winning is all over our brain, suggests study conducted by Yale researchers.
Advertisement

Psychologists from the University of Oregon set up a stall at a shopping centre and invited hundreds of volunteers to solve maths equations as quickly as possible, the Daily Mail reported.


The participants, who were aged from 25 to 75 years, at first played on their own, scoring points that could be swapped for cash prizes.

But they were then made to play against a contender and only scored points if they beat them. To measure their competitive streak, in the final round they were given the choice between playing on their own or taking on a rival.

Study Reveals How Overconfidence is a Winning Survival Strategy

Harbouring a mistakenly inflated belief that we can easily meet challenges or win conflicts is actually good for us, says a new study.
Advertisement
Almost 70 per cent of men aged 45 to 54 opted to go head-to-head with an opponent, compared to half of those between 25 and 34.

A similar pattern was observed among the women, but their desire to compete was consistently lower than the men's.

The researchers revealed that they were astonished by the findings as they had expected men's thirst for competition to subside with age, due to falling testosterone levels, changing priorities and the decline in confidence that often comes with getting older.

However they insisted that the outcome could be explained by men's need to feel socially dominant as they age - a feeling which research suggests also peaks at around 50.

"It is surprising that we found a gradual increase in competitive preferences until the age of 50, only then followed by a decline," researchers said.

"Successfully engaging in competition is critical for establishing social dominance. It's plausible that with this comes an increased taste for competition."

"Men do so without much regard for their actual probability of winning, whereas women take this aspect into regard as would be expected from a rational decision-maker," the researchers added.

The most amazing and complex organ in the entire universe, the human brain continues to remain an enigma.
Advertisement
<< Cigarette, Alcohol Use Down Among US Teens
Shift Workers Likely to Feel Left Out Socially >>