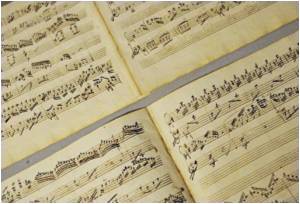 Researchers at the University of Missouri hope to find a treatment for a speech disorder called laryngeal tremors by comparing Hindustani singing, a North Indian traditional style of singing, and Western classical music of Puccini, Mozart and Wagner.

Laryngeal tremors is a vocal disorder linked with many neurological disorders that can result in severe communication difficulties.

A new study says that infants who suck their thumbs for longer periods are likely to develop speech disorders while growing up.
Advertisement

Sound is developed in the larynx, an organ located in the neck. A laryngeal or vocal tremor occurs when the larynx spasms during speech, creating a breathy voice featuring a constantly shifting pitch. People with Parkinson's disease and other similar disorders often display vocal tremors. Currently, speech-language pathologists are only able to help patients manage tremors.


By understanding the physiology behind voluntary and involuntary pitch fluctuation, an MU researcher hopes to find a treatment.

"Hindustani and classical singing styles are very different. In Hindustani singing, performers use 'Taan' to modulate pitch voluntarily, while classical singers use vibrato to vary pitch involuntarily. With this knowledge, we may be able to develop a specific therapy to cure laryngeal tremors," said Nandhu Radhakrishnan, professor of communication science and disorders in the School of Health Professions.

An Australian researcher says that a new treatment, called the Lee Silverman Voice Treatment, may prove effective in curing speech disorder in people who have suffered a stroke or brain injury.
Advertisement
In the study, he discovered several differences between Hindustani and classical singing.

Primarily, Hindustani singing features a voluntary, rapid dip in pitch, which Radhakrishnan refers to as a "Taan gesture."

In contrast, classical singers use a vocal modulation like vibrato to make a smooth transition between pitches.

Classical singers use what is known as a singer's formant to enhance a specific range of frequency that will be pleasing to the ear by lowering their larynx and widening the vocal tract.

Although singers usually perform several of these pitch fluctuations in succession, Radhakrishnan recorded just one gesture to isolate the technique for scientific study.

Radhadrishnan used equipment that measures variables like lung pressure, the duration that vocal folds are open and closed, and the rate at which air is flowing out of the larynx.

The study was published recently in the Journal of Voice.

A stint as salesman in a retail outlet is being tried out as treatment for a Welsh boy with a rare speech disorder.
Advertisement
Advertisement

Dysarthria is a condition characterized by speech difficulty due to poor or weak speech muscle ...

Guidelines on stuttering on the things to do and things to avoid for people who stutter and for those who ...

Stuttering, stammering or disfluency is a speech disorder that can hamper communication and affect a persons ...

Voice is an effective way of communication in human beings, ranging from getting across ones point of view ...
This site uses cookies to deliver our services.By using our site, you acknowledge that you have read and understand our Cookie Policy, Privacy Policy, and our Terms of Use  Ok, Got it. Close
×