Communication of Health Risk by FDA is Varied and Unpredictable 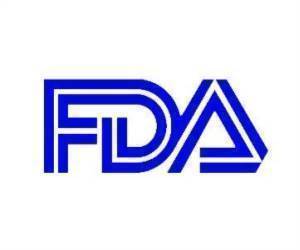 A systematic review of published studies about FDA warnings and alerts over the last 20 years finds that this task has been varied and unpredictable.

Although some communication efforts had a strong and immediate effect, many had little or no impact on drug use or health behaviors and several had unintended consequences, researchers report in the journal Medical Care.

Health screening in women between 40 and 60 years helps to diagnose health issues in the early stages when they can be controlled. This ensures a more comfortable old age.
Advertisement

"Communicating risk to large groups of people is a complex science," said study director G. Caleb Alexander, MD, associate professor of medicine at the University of Chicago. "But success or failure at this can have significant consequences. As such efforts become more and more common  with the FDA's mandate to establish a more active surveillance system  we will need a better understanding of how to make them work and where they can go wrong. And we need more and better studies of the successes and failures of this process."


The FDA has several standard tools to disseminate new evidence about drug safety. These include "Dear Healthcare Provider" letters to prescribers, "public health advisories" and "Safety Alerts" targeting the general public, and "black box warnings" added to a label when a drug's risks may be particularly severe or affect a large population. Despite numerous studies examining single alerts, advisories and label changes, no prior study has systematically examined the effect of these risk communications.

People walk for many reasons ranging from pleasure to mental relaxation, finding solitude or for exercise.
Advertisement
The researchers  from the University of Chicago Medical Center, North Shore University HealthSystem, Johns Hopkins Medicine and Harvard Medical School  combed through the literature on the topic. They screened 1,432 articles published between 1990 and 2010. Only 49 reports had a primary goal of assessing the consequences of FDA risk communications for prescription drugs. One-third of those articles focused on antidepressants.

The most effective notices were those warning the public about potential serious adverse events, but even these varied in their impact. For example, several studies found that patients shifted away from the diabetes drug rosiglitazone after an FDA alert noted an increased risk of cardiovascular events with this drug. This led to decreased use of rosiglitazone and increased use of other, less risky anti-diabetes drugs.

A similar 2010 FDA warning for asthma patients, however, had little effect. It stressed that one class of asthma medications known as long-acting beta agonists should not be used without an asthma controller medication, such as inhaled corticosteroids. Rates of controller medication use with long-acting beta agonists were low before the FDA warning and did not significantly increase after the advisory was issued.

Recommendations that specific groups of patients avoid certain medications sometimes decreased use, but also produced unintended consequences. The most notable was a series of advisories about the use of antidepressants among children and adolescents. The widely publicized alerts significantly decreased use of these medications by adults as well as children, and one study suggested an unexpected increase in suicides among children and adolescents due to increases in untreated depression.

FDA warnings about harmful drug-drug interactions had some impact, although reductions in co-prescribing that occurred often required repeated risk advisories and took months to years. For example, initial messages to reduce the use of cisapride with contraindicated products were first sent in February 1995, but large changes in cisapride co-prescribing were not observed until after the third alert sent in June 1998.

Part of the problem, the authors emphasize, is the challenge of communicating complex risk messages to a large, diverse audience. "The most effective communications were the simplest, those that were specific, where alternatives were available, and where the messaging was reinforced over time," said Stacie Dusetzina, PhD, lead author from Harvard Medical School.
Source: Eurekalert