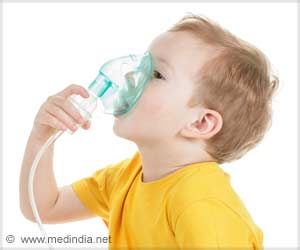 In India, around 46 percent of preventable deaths in children aged 5-14 years in 2016 befall due to communicable diseases like pneumonia and tuberculosis, finds a new study.

In 2016, India had about 74,000 preventable or treatable deaths from communicable diseases, representing nearly half of all the annual deaths and over a third of all deaths in the four developing countries -- India, China, Brazil and Mexico -- in children aged 5-14 years.

Pneumonia is a lung infection that can be caused by a bacteria or a virus. It causes inflammation of the alveoli or the air sacs of the lungs.
Advertisement
‘A substantial decline in deaths among children of ages 5-14 is possible with cost-effective, feasible and affordable interventions.’


"Most of these deaths are avoidable and for those caused by medical conditions, many of them are treatable," said Prabhat Jha, Professor at the Dalla Lana School of Public Health at the University of Toronto.

Respiratory diseases affect any part of the respiratory system. Some of the lung diseases like chronic obstructive pulmonary disease can lead to respiratory failure.
Advertisement
"Death in children aged 5-14 should be rare around the world. With cost-effective, feasible and affordable interventions, substantial declines in deaths in this age group are possible," Jha said.

Marked declines in the communicable disease mortality among girls narrowed the gap with boys in India and China.

However, mortality rates for non-communicable diseases and injury were found to be still higher in India than in China, Mexico, and Brazil.

In contrast with Mexico and Brazil, a majority of road fatalities in both India and China were among pedestrians.

Despite regional differences, the common leading causes of death in all four countries include, road accidents, drowning, cancers and neurological diseases, researchers said.

Respiratory syncytial virus (RSV) is a major cause of lower respiratory tract infections. RSV infection is usually mild and self-limiting but symptoms may be severe in young children, the elderly and those with a weak immunity.
Advertisement
<< Can Antibiotics Prevent Infection after Miscarriage?
Vitamin B12 Deficiency May Up Infection Risk >>

Legionnaires' disease is a severe form of pneumonia caused by a type of bacteria. The infection is likely to spread when people inhale tiny water droplets containing the bacteria.

Find a Hospital Calculate Ideal Weight for Infants Turmeric Powder - Health Benefits, Uses & Side Effects Iron Intake Calculator Vent Forte (Theophylline) Post-Nasal Drip The Essence of Yoga Indian Medical Journals Daily Calorie Requirements Noscaphene (Noscapine)
This site uses cookies to deliver our services.By using our site, you acknowledge that you have read and understand our Cookie Policy, Privacy Policy, and our Terms of Use  Ok, Got it. Close
×