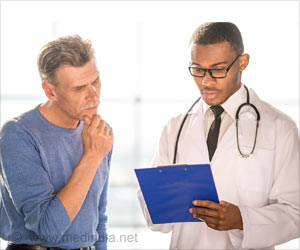 Men are almost five times more likely to remain underdiagnosed than females on eating disorders which inturn delays their treatment options, according to new study.

Eating disorders, which include anorexia nervosa, bulimia, binge eating disorder and overconsumption, are characterised by irregular eating habits and severe distress or concern about body weight or shape.

"Stereotypes about who develops eating disorders could contribute to disparities in diagnosis and treatment, with males of higher weight, people of colour, and the non-affluent most likely to be slipping through the cracks," said Kendrin Sonneville, Assistant Professor at the University of Michigan in the US.

Students with overweight or obesity were about half as likely to get diagnosed.

"Most people with an eating disorder never get diagnosed and never get treatment, even though successful treatments that can reduce suffering, health consequences and cost are available," Sonneville said.

For the study, published in the journal International Journal of Eating Disorders, 1,700 college graduates were analysed.

The results showed that anorexia was much more likely to get diagnosed (73 per cent) compared to individuals with binge eating disorder (seven per cent).

Flintoff Battled Bulimia in Quest to Lose Weight Early in His Career
Former England cricketer Andrew Flintoff revealed that he struggled with bulimia as he attempted to ...

Bulimia Killed Amy Winehouse
Alex Winehouse, the younger brother of Amy Winehouse has said that it was bulimia that took the ......

Chronic Dieting - Is it an Eating Disorder?
Chronic dieting is associated with eating disorders that mainly include unhealthy eating practices s...

Eating Disorders
Eating disorders involve extreme attitudes and behaviors towards food and weight. It has the highest...