Coming Soon - Sensors to Detect Everything 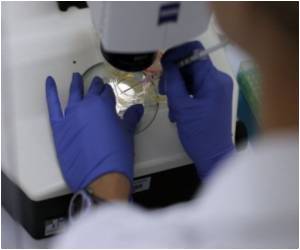 A chemist at University of Houston is developing sensors that could monitor everything from explosives to tainted milk.

"Our work is poised to assist in such efforts as rapidly detecting explosives or banned substances in airports for homeland security, as well as monitoring commercial products like milk and pet food for substandard additive products. There is a need to measure this quantitatively and in a rapid manner," said Rigoberto Advincula, a highly cited materials scientist at UH.

A recent study conducted in fruit flies revealed that the fruit flies nervous system could be used to effectively deploy wireless sensor networks and other distributed computing applications.
Advertisement

Advincula uses a concept he calls 'the artificial receptor concept' - similar to an enzyme functioning as a biochemical catalyst within a cell, like an antibody, binding with specific molecules to produce a specific effect in the cell.


The elements in Advincula's work, however, deal with metals and plastics and are called molecular imprinted polymers (MIP), a concept also used for making plastic antibodies.

Know the Lie Detector in the Brain

A circuit in the brain that functions like a lie detector, has been discovered by Scientists from Oxford University.
Advertisement
These polymers show a certain chemical affinity for the original molecule and can be used to fabricate sensors.

Their key innovation was to use a process called electropolymerization directly on a gold surface and attached to a digital read out. The group's next step is to put this film on portable devices, thus acting as sensors.

"Our materials and methods open up these applications toward portable devices and miniaturization. Our device will allow, in principle, the development of hand-held scanners for bomb detection or nerve agent detection in airports," Advincula said.

"This means accurate answers in a rapid manner without loss of time or use of complicated instruments. We can achieve very high sensitivity and selectivity in sensing. The design of our molecules and their fabrication methods have been developed in a simple, yet effective, manner."

Their next step is to expand the work to many other types of dangerous chemicals and also to proteins given off by pathogens. Ultimately, they plan to create portable hand-held devices for detection that will be made commercially available to the general public, as well as being of interest to the military.

The research appears in Macromolecules, Applied Materials and Intefaces, and Biosensors and Bioelectronics. (ANI)

A team of students has designed an early-labour detector that can pick up very early signs that a woman is going into labour too soon.
Advertisement
<< Sleeping With Pets Can Cause Health Hazards
$39 Billion Deal Gets Green Signal from Japan Hepatitis B P... >>

Iron Intake Calculator Find a Hospital Loram (2 mg) (Lorazepam) The Essence of Yoga Pregnancy Confirmation Calculator Post-Nasal Drip Noscaphene (Noscapine) Vent Forte (Theophylline) A-Z Drug Brands in India Daily Calorie Requirements
This site uses cookies to deliver our services. By using our site, you acknowledge that you have read and understand our Cookie Policy, Privacy Policy, and our Terms of Use