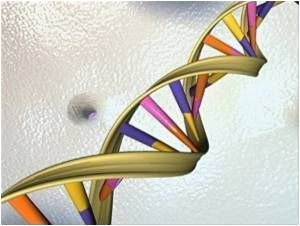 A study conducted by group of researchers could pave way for potential drug targets ranging from schizophrenia to Parkinson's disease.

By applying the new method to a type of nerve cell critical to regulating body temperature, the authors found more than 400 "receptors" (structures that bind other molecules, triggering some effect on the cell) responding to neurotransmitters, hormones, and other chemical signals.

The same technique could now be applied to finding "hidden" receptors in other types of nerve cells, expanding the repertoire of potential drug targets for other diseases.


"This technique will enable people to uncover many more drug targets. That may be a game changer for some diseases," said Tamas Bartfai.

Parkinson's disease is a neurodegenerative disease caused by progressive dopamine brain cells loss. Symptoms of Parkinson's disease are correctable to an extent.
Advertisement
A class of nerve cells in the brain called 'warm sensitive neurons' sense and respond to changes in body temperature, acting like a thermometer inside the brain.

To study gene activity in warm sensitive cells, Eberwine and Bartfai isolated single cells and extracted their RNA. They then made cDNA copies of the messenger RNAs and determined the sequence of the nucleotide bases (adenine, guanine, cytosine, and thymine) in each cDNA molecule.

By matching the DNA sequences obtained to published sequences, the scientists were able to identify the corresponding genes, and thus which genes are turned "on" in the nerve cells.

"Using single cells, rather than pooling, and sequencing, rather than microarrays, uncovers many more receptors active in neurons," says Bartfai.

"With other methods you miss receptors present in only a few copies. But that does not mean that they are not important."

For instance, the insulin receptor is known to be involved in regulating a person's metabolism.

"This study highlights the complexity of these cells by showing us the large number of different RNAs that are present," said Eberwine.

"If we again discover 400 receptors, we could then ask which ones are reasonably selectively expressed in these neurons," concluded Bartfai.

The study appears in the March 11, 2011 issue of the journal Pharmacology and Therapeutics.

The Central nervous system consists of the brain, the spinal cord, and the body's nerve network. This complex system is based on one kind of cell the neurons.
Advertisement
<< Virgin Atlantic's Masseurs Get 300K Pounds Joint Payout For...
Nanowhiskers Key to Create Human Muscle Tissue >>