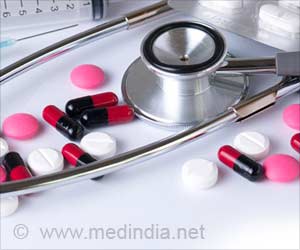 By adding an experimental cancer drug to the diabetes treatment can improve weight loss and blood glucose control in mice.

The study conducted at Dr Reddy's Institute of Life Sciences is published in the journal eLife.

In type 1 diabetes, a protein called OCA-B regulates the T cell's activity and is responsible for the destruction of insulin producing cells. Blocking this protein can help prevent type 1 diabetes.
Advertisement
‘MS-275 is a drug that belongs to the class 1 HDAC inhibitors. Diabetic patients when treated with a combination of GLP-1 analogs and MS-275-entinostat showed significant reduction in blood glucose and weight.’
Read More..

This promising result has paved the way for the clinical studies of the new drug combination as a more effective long-term treatment for millions of people with obesity and diabetes.

Almost one-third of the people are unaware of the risk factors of diabetes. Find out if you run the risk of diabetes by using Diabetes Risk Assessment calculator.
Advertisement
Project team leader Dr. Prasenjit Mitra of the Dr. Reddy's Institute of Life Sciences said, "We have previously shown that prolonged association of the GLP-1 agonists with the glucagon-like peptide 1 receptor supports insulin secretion in pancreatic beta cells. This led us to see whether we could enhance the effects of GLP-1 agonism on regulating glucose levels with a complementary therapy."

The team tested potential drugs in the pancreatic beta cells to see if they enhanced the effects of a GLP-1 drug on incretin receptor activity, which was measured by a second messenger molecule called cAMP. Four molecules were found that enhanced GLP-1 drug activity and the most effective drug was MS-275 also called entinostat. MS-275 increased the cAMP levels 3.5 times more than GLP-1 drug alone.

MS-275 belongs to family of drugs called class 1 HDAC inhibitors, which are currently being investigated for the treatment of other diseases including cancer.

The mice treated with the combination of GLP-1 agonist and MS-275 had a much lower fasting glucose compared to the control mice that were sustained with repeat dosing. When a high-fat diet was given, the blood glucose of mice on combination treatment remained in control compared to the untreated mice.

Dr. Mitra said, "GLP-1 drugs have emerged in the last decade as unique medicines that provide substantial improvements in glycemic control and body weight; however, they seldom achieve full metabolic recovery or help treat associated comorbidities such as body weight. Our results suggest that the class 1 HDAC inhibitor MS-275 can significantly enhance the action of GLP-1 drugs, more effectively normalising blood glucose and reducing weight gain. This lays the foundation for clinical studies of combinations of GLP-1/HDAC inhibitors for the long-term management of diabetes and obesity in humans."

Childhood obesity is one of the most serious health challenges in the developing countries and needs to be understood and tackled effectively.
Advertisement
<< COVAXX Partners With Aurobindo Pharma To Develop COVID-19 Va...
Scorpion Venom Helps Treat Chagas Disease >>

Insulin Delivery Devices
News Archive
News Resource
Advertisement
News Category
Type 2 Diabetes Accelerates Brain Aging Genetic Risk Scores can Predict Diabetes in South Asians Get Your Blood Sugar Levels Tested as It can Lead to Heart Attack Diabetes Risk: Is There Something Sweet About Viral Infection? All About Insulin Spray Beyond Diabetes
More News
Sign up for Wellness Consult a Doctor Sign up for Selfcare