Combination of Hormone Therapy may Not Increase Cancer Risk 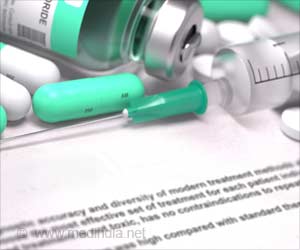 A combination of conjugated estrogens and the drug bazedoxifene trigger the expression of genes that improve metabolism and prevent weight gain, without increasing the risk of cancer, finds the study.

University of Illinois food science and human nutrition professor Zeynep Madak-Erdogan led a group of researchers who explored the effects of conjugated estrogens and bazedoxifene on the liver by analyzing gene transcription and the metabolism of about 150 chemicals in the blood. The findings were reported in a paper published in the online journal PLOS One.

Bazedoxifene is commonly prescribed in combination with conjugated estrogens to prevent postmenopausal osteoporosis. It is among a class of compounds known as selective estrogen receptor modulators, which bind to estrogen receptors and either promote or block their activity.


‘Treatment with conjugated estrogens and bazedoxifene prevented weight gain that is often associated with postmenopausal decreases in estrogen.’


"Once women enter menopause and estrogens are lost, their metabolism is rewired, in the sense that they often start gaining weight, their bad cholesterol increases, their good cholesterol decreases and they may become pre-diabetic," Madak-Erdogan said. "If they are prescribed a combination of bazedoxifene and conjugated estrogens, these symptoms often improve."

"We wanted to see why this drug combination is helpful, so we used a genomewide approach where we looked at the gene expression profiles in the liver," Madak-Erdogan said. "Because the liver is a major organ in metabolic control and regulates many of the chemicals in the blood, we looked at blood serum composition as well."

The scientists fed 48 eight-week-old mice a high-fat diet in which 45 percent of the calories came from fat. To mimic the low-estrogen state of menopause, 40 of the mice had their ovaries removed when they reached 10 weeks old. The mice then were randomly divided into five groups, each of which was treated for six weeks with a different combination of conjugated estrogens and bazedoxifene.

The scientists measured the mice's food intake and body weight weekly, and performed MRIs before treatment and at four weeks post-treatment to measure each animal's whole body mass and lean body mass.

After the treatment period, the scientists euthanized the mice and weighed their adipose (fat) tissue, including their white adipose tissue, which stores energy in the form of lipids; and their mesenteric and perirenal adipose tissues, two forms of abdominal fat associated with the development of type 2 diabetes, insulin resistance, inflammation and other obesity-related diseases.

Using liver samples from each treatment group, the scientists examined the expression of various genes within the mice's livers and measured the levels of nearly 150 metabolites in their blood, including cholesterol, free fatty acids and glucose.

The researchers found that eight metabolites associated with the weight and health of the liver were down-regulated by the estrogen supplements - including several metabolites known to be misregulated in people with nonalcoholic fatty liver disease.

"Treatment with conjugated estrogens and bazedoxifene also prevented the weight gain that is often associated with postmenopausal decreases in estrogen and consuming a high-fat diet," Madak-Erdogan said. "Animals in the treatment group had less fat mass and lower body weights than their peers in the control group. And their uteruses and mesenteric white adipose tissue weighed significantly less than those of their peers."

"Although hormone therapy could reduce postmenopausal weight gain and many serious metabolic problems, physicians tend to avoid prescribing it because of concerns about elevating women's risks of reproductive cancers," Madak-Erdogan said. "Our study suggests that the combination of conjugated estrogens and bazedoxifene could improve metabolism without posing increased risk to the reproductive tissues."

Estrogens Associated With Changes in Heart Physiology
Estrogens are powerful hormones important for the formation and function of the nervous, reproductive and cardiovascular systems.
READ MORE

Estrogen Discovery Can Treat Fertility Problems
Estrogen produced in the brain can now treat people with infertility much better. The discovery of estrogen can also lead to new birth control methods.
READ MORE

Higher Estrogen Levels Raises Alcohol Sensitivity in Brain's Reward Center
Women with elevated levels of estrogen are more vulnerable to the effects of alcohol as it increases the reward center in the brain.
READ MORE

Role of Estrogen Receptor Activation in Brain Region at Puberty
Testosterone is involved in the formation and organization of "male" neural pathways, on which it then acts to regulate various behaviors in adulthood.
READ MORE