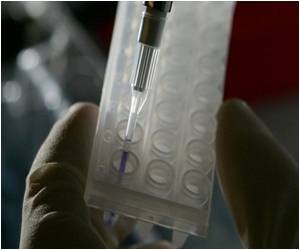 A vital mechanism that could result in the design of more effective cancer vaccines has been keyed out by researchers at the EPFL.Their discovery of a new-found role of the lymphatic system in tumour growth shows how tumours evade detection by using a patient's own immune system.

Tumour cells present antigens or protein markers on their surfaces which make them identifiable to the host immune system. In the last decade, cancer vaccines have been designed that work by exposing the patient's immune cells to tumour-associated antigens and so priming them to kill cells that present those antigens. These have caused much excitement, not least because by acting so specifically on cancer cells, they could potentially eliminate the unpleasant side effects of chemo- and radiotherapy.

However, clinical trials of such vaccines have had a very low success rate to date, mainly because tumours have various mechanisms for evading detection by immune cells, even when those immune cells - called T cells - have been primed to seek them out. Those mechanisms are, in general, poorly understood. But in a paper to be published this week in Cell Reports, the laboratories of Melody Swartz at EPFL and Stéphanie Hugues at UNIGE provide a key insight into one of them. They describe for the first time how, like soldiers protecting a fort, lymph vessels surrounding a tumour ward off T cell attack.
Advertisement
Plenty of research has shown that tumours can induce the growth of lymph vessels in their vicinity, and that this growth is correlated with metastasis and poor prognosis. It was assumed that these lymph vessels simply provided an escape route for cancer cells, transporting them to distant sites. In the new study, led by postdoc Amanda Lund, the researchers show that lymph vessels actually suppress the immune response, deleting the attacking T cells or leaving them "functionally exhausted" by the time they reach the tumour.

They studied a type of tumour that expresses large amounts of VEGF-C, a molecule that is naturally expressed in humans and that stimulates lymphatic growth. Having engineered the tumour cells to express a foreign antigen, they compared the efficacy of a vaccine designed to prime T cells to kill cells carrying that antigen, either when VEGF-C was present or when its activity was blocked . With VEGF-C suppressed, the vaccine's efficacy increased and tumour growth slowed fourfold.

The researchers went on to show that the endothelial cells which line lymph vessels "scavenge" tumour-specific antigens and present them to the tumour-specific T cells in a suppressive manner. This, in turn, promotes the local deletion of those T cells. According to Prof Swartz, that means that first targeting the lymph vessels associated with a tumour could, in theory, significantly increase the efficacy of existing cancer vaccines. "It would be like removing the soldiers from around the fort before sending in your opposing army," she says. "If you disable the lymph vessels' suppressive functions, our data suggest that tumour-killing T cells would do their job a lot more effectively." Future clinical trials are needed to put that theory to the test.

Skin Cancer Vaccine - A Silver Lining
An Australian scientist says that he is on the edge of discovering a skin cancer vaccine....