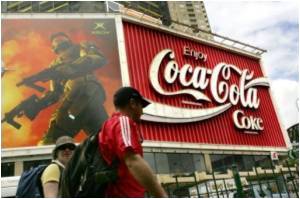 The Center for Science in the Public Interest (CSPI), a US consumer advocacy group declared that popular soft drinks and beverages contain chemicals that cause cancer.

Appealing to the Food and Drug Administration, the CSPI claims that the caramel colouring had ammonia, producing compounds that cause different cancers. The National Toxicology program conducted some years ago disclosed that 2-MI and 4-MI present in the colouring are animal carcinogens.

Both Coca-Cola and PepsiCo, leading brands in soft drinks, have strongly denied this report, stating that it  'maliciously raises cancer concerns among consumers' and that it was a 'scare tactic'.

A study in fruit flies reveals that they are attracted to carbonated water - something that may help explain why humans are so fond of fizzy drinks.
Advertisement
<< Math Skills Begin Early
Abnormal Heart Rate Key to Cardiac Death Risk >>

More News on:
Caffeine and Decaffeination