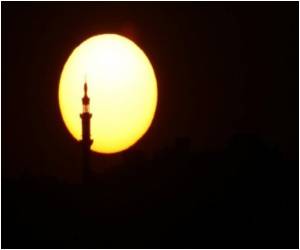 A vaccination drive for Haj pilgrims was organised recently according to guidelines of Saudi Arabian Government, that has made immunisation mandatory for travellers before entering Mecca.

Saudi Arabia requires the health certificates of every pilgrim for visa clearance.

South African Pilgrims Meet on a Hilltop to Pray


"As per of Saudi Arabia Government's resolution and the Indian Government recommendation, it is very important and compulsory for Haj pilgrims to get administered with antibiotic vaccination, polio drops etc. We are grateful to the government of India for providing us such costly vaccine free of cost," Hinayathulla said.
Advertisement
In order to facilitate Haj pilgrims, the Centre organises medical camps across the country, where vaccination and other check-ups are conducted free of cost.

Interacting with media, Sameena, one of the Haj pilgrims, said the government's move has benefited people as they are getting the services at the doorstep.

"This is the first time I am going to Haj, and, I am very happy. As per government rules, today we were administered with polio drops and vaccination for preventing us from all viral infection during Haj pilgrimage," Sameena said.

The Haj starts on the eighth day of the lunar month of Dhul Hijja, which falls this year from October 24-29.

Top 10 Vaccine Myths Debunked
News Archive
News Resource
Advertisement
News Category
Milestone In Voluntary Blood Donation Achieved Samsung Reinvents Toilet for the Poor Which is a Better Form of Exercise: Daily or Weekly? First Phase of Foot-and-Mouth Disease Vaccination Shocking News: Polio Cases Return After a Decade in the US
More News
Sign up for Wellness Consult a Doctor Sign up for Selfcare