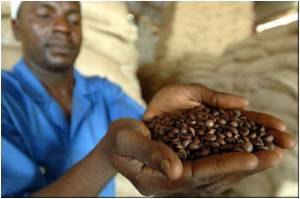 Coffee grounds might serve as a cheaper and cleaner energy source, say researchers.

Yang Liu, a graduate student in environmental engineering in UC's College of Engineering and Applied Science (CEAS), used a three-pronged approach to converting waste coffee grounds into energy sources including biodiesel and activated carbon by extracting oil from the waste, drying the waste coffee grounds after oil removal to filter impurities in biodiesel production and burning what was left as an alternative energy source for electricity, similar to using biomass.


The preliminary results showed that the oil content in the waste coffee grounds was between 8.37-19.63 percent, and biodiesel made from coffee oil meets the ASTM International D6751 standard.
Advertisement
The efficiency of using the waste coffee grounds as a purification material to remove the impurities in crude biodiesel, such as methanol and residual glycerin, was slightly lower compared with commercial purification products. However, the researchers report that results still indicate a promising alternative, considering the cost of purification products.

The researchers say the method they're exploring to produce biodiesel would not only open landfill space, but it also holds promise in creating biodiesel from a natural product.

The study was presented at the National Meeting and Exposition in Indianapolis.

Energy Drinks Consumption=Deadly Time Bomb for Children
Kids who frequently consume caffeine-laden energy drinks are at a greater risk of suffering from ......