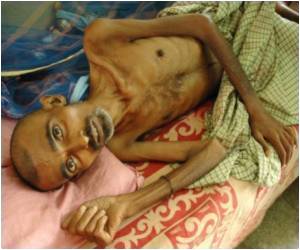 The widespread use of cod liver oil encouraged by doctors could have played a significant part in the decline of tuberculosis cases in the late 19th and early 20th centuries, a new study has suggested.

A review of a historical study from 1848 reveals that cod liver oil was an effective treatment for tuberculosis, said Professor Sir Malcolm Green.

In the study, carried out by physicians at the Hospital for Consumption, Chelsea (now the Royal Brompton Hospital), 542 patients with consumption (tuberculosis) received standard treatment with cod liver oil.


These patients were compared with 535 'control' patients who received standard treatment alone (without cod liver oil).

While improvement rates were similar in the two groups, the disease was stabilised in 18percent of the patients given cod liver oil, compared with only 6 percent of those in the control group.

Tuberculin skin test and Interferon - Release Assays are tests used to screen for tuberculosis.
Advertisement
Deterioration or death occurred in 33 percent of patients given standard treatment alone, but in only 19 percent of those given cod liver oil, a reduction of 14 percent.

Professor Green says that some children are still given cod liver oil today and perhaps this relates back to the late 19th and early 20th centuries when cod liver oil was widely used to treat and prevent tuberculosis.

He adds that the steady fall in tuberculosis deaths in the late 19th and early 20th centuries is often attributed to better living conditions.

While a reduction in overcrowded living might have reduced transmission, Green believes improved nutrition was probably as important.

"It could well be that the widespread use of cod liver oil encouraged by doctors played a significant part," he wrote.

Cod liver oil is a rich source of Vitamin D, which we now know is important in fighting infections, as well as preventing conditions such as rickets, says the author.

Green concludes that since tuberculosis is still a common infection, accounting for millions of deaths annually across the world, there may yet be a role for vitamin D supplements in combating this terrible killer.

The finding has been published in the Christmas issue of bmj.com.

Turmeric Powder - Health Benefits, Uses & Side Effects Blood Pressure Calculator Find a Hospital Sanatogen Pregnancy Confirmation Calculator The Essence of Yoga A-Z Drug Brands in India Hearing Loss Calculator Calculate Ideal Weight for Infants Drug Side Effects Calculator
This site uses cookies to deliver our services. By using our site, you acknowledge that you have read and understand our Cookie Policy, Privacy Policy, and our Terms of Use