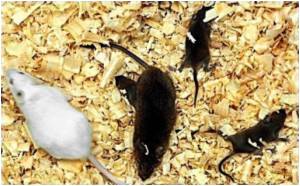 A lasting anti-cocaine immunity in mice by giving them a safe vaccine that combines bits of the common cold virus with a particle that mimics cocaine has been developed by researchers.

In their study, published Jan. 4 in the online edition of Molecular Therapy and funded by the National Institute on Drug Abuse, the researchers say this novel strategy might be the first to offer cocaine addicts a fairly simple way to break and reverse their habit, and it might also be useful in treating other addictions, such as to nicotine, heroin and other opiates.

"Our very dramatic data shows that we can protect mice against the effects of cocaine, and we think this approach could be very promising in fighting addiction in humans," says the study's lead investigator, Dr. Ronald G. Crystal, chairman and professor of genetic medicine at Weill Cornell Medical College.


He says the antibody immune response produced in lab mice by the vaccine binds to, and sequesters, cocaine molecules before the drug reached the brains of these animals  and prevents any cocaine-related hyperactivity. The vaccine effect lasted for at least 13 weeks, the longest time point evaluated.

Accident and trauma care is an important public health challenge that requires immediate attention. Injury (trauma) is the leading cause of death for all age groups under the age of 44.
Advertisement
"While other attempts at producing immunity against cocaine have been tried, this is the first that will likely not require multiple, expensive infusions, and that can move quickly into human trials," Dr. Crystal says. "There is currently no FDA-approved vaccine for any drug addiction."

"An approach that works is desperately needed for cocaine addiction, which is an intransigent problem worldwide," he adds. "There are no therapies now."

The novelty of this possible treatment is that it hooks a chemical that is very similar in structure to cocaine, onto components of the adenovirus, a common cold virus. In this way, the human immune system is alerted to an infectious agent (the virus) but also learns to "see" the cocaine as an intruder as well, Dr. Crystal says. Once the structure of the new intruder is recognized, natural immunity builds to cocaine particles, so any time cocaine is snorted or used in any way, antibodies to the substance are quickly produced and the cocaine molecules are engulfed by the antibodies and prevented from reaching the brain.

"The human immune system doesn't naturally tag cocaine as something to be destroyed  just like all small-molecule drugs are not eliminated by antibodies," he says. "We have engineered this response so that it is against the cocaine mimic."

In this study, a team of researchers  scientists from Weill Cornell Medical College, Cornell University in Ithaca, and the Scripps Research Institute in La Jolla, Calif.  ripped apart an adenovirus, retrieving only the components that elicit an immune response and discarding those that produce sickness. They then hooked the cocaine analog on to these proteins to make the vaccine. "We used the cocaine analog because it is a little more stable than cocaine, and it also elicits better immunity," Dr. Crystal says.

The researchers then injected billions of these viral concoctions into "garden variety" laboratory mice (mice that are not genetically engineered). They found a strong immune response was generated against the vaccine, and that these antibodies, when put in test tubes, gobbled up cocaine.

The vaccine needs to be tested in humans, of course, says Dr. Crystal, but he predicts that if it works, it will function best in people who are already addicted to cocaine and who are trying to stop using the drug. "The vaccine may help them kick the habit because if they use cocaine, an immune response will destroy the drug before it reaches the brain's pleasure center."