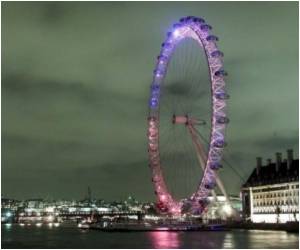 Health charities have slammed Coca Cola's London Eye re-brand as 'inappropriate' for a family attraction, after Merlin Entertainment, the private operator of the London Eye announced the take over.

Merlin Entertainment announced last autumn that the drinks giant would take over from energy firm EDF as the monument's new sponsor, succeeding a previous deal with British Airways, the Independent reported.

Malcolm Clark, the coordinator of the Children's Food Campaign, asserted that it is quite telling that is the Coca Cola London eye, not the Diet Coke London eye and they are advertising their full sugar coke.


Clark continued that the London Eye is a global attraction and a great symbol of London and that's a global projection.

Whilst defending the decision, a spokeswoman for Merlin Entertainments, said that the London Eye is one of London's most iconic landmarks and has been creating moments of happiness for millions of tourists since its launch in 2000 and they are committed to working with companies and organizations that share our values and support our vision of providing visitors to the London Eye with the best experience possible.

Work to transform the congested and fading city of Kolkata into a second London complete with a London Eye ferris wheel has begun last week.
Advertisement

India continues to make rapid strides in medical tourism. A recent report calls it the fastest growing market in the world. But many areas of concerns need to be addressed.
Advertisement