A new study suggests that the neighborhood effect of slums could help to alleviate some of their associated health problems.

A team of academics led by Warwick Medical School, University of Warwick have conducted a review of international slum research, which is being published in The Lancet.


Massive slums have become major features of cities in many low- and middle-income countries. The nearly one billion people who live in slums are a marginalized group facing unique health issues.


‘Including slum dwellers in census will encourage better recording of information about health indicators in slums, which will help to determine where disease outbreaks are most prevalent and plan interventions accordingly.’


Researchers concluded that the one issue associated with the problems caused by living in a slum - people living in very close proximity to one another - could be the answer to some of their problems.

According to Improving the Health and Welfare of People who Live in Slums residents are exposed to what the authors call the neighborhood effect - that is many people are affected by one factor because they live in close proximity to one another.

However the authors argue that this can be a benefit because a single intervention can simultaneously improve many lives in one densely packed community.

The study was led by Professor Richard Lilford who along with colleague, Oyinlola Oyebode, is supported by the National Institute for Health Research (NIHR) Collaborations for Leadership in Applied Health Research and Care (CLAHRC) West Midlands initiative. He said: "The neighbourhood effect in slums is both a problem and an opportunity. It is a problem because it is likely to amplify health hazards. However this effect is likely to offer economies of scale and increasing returns on investments to create a healthy environment. A historical example of this can be found in Victorian London when a water pump was shut down which averted a cholera epidemic.

The research highlighted that higher population density allows more people to be treated by clinic staff in less time which is another potential example of increased economies to scale when intervening at the neighborhood level in slums.

The academics argue that all slums should be included in censuses. Although slums are easily identifiable physically in many cities, statistics about them are often non-existent. Slums are rarely identified in national censuses, which form the sampling frames for national surveys.

The team recommend that all censuses include identification for slum and non-slum clusters for all urban areas. They believe this will encourage better recording of information about health indicators for slum and non-slum areas both for research purposes and to identify local priorities for action for instance determining where disease outbreaks are most prevalent.

The report's authors argue that the topic of slum health should become a standalone academic disciple to help understand and improve conditions in slums. Fellow author, Dr Oyinlola Oyebode, Associate Professor, Warwick Medical School said: "To tackle the issue of slums we need to start looking at them in a different way. After all not all people living in slums fall below the poverty line, with anecdotal reports that there are even millionaires living in some slums. Poverty isn't the only cause of ill health in slums, the neighborhoods themselves as 'spaces' need attention." 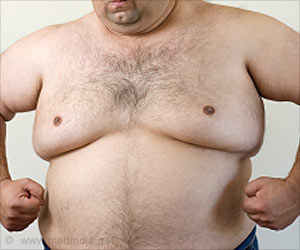 Obesity and Overweight On the Rise Among People in Urban Slums of Delhi
Results of a new study highlight the poor dietary diversity with cereals and fats based diet of people in urban slums of Indian capital Delhi.
READ MORE