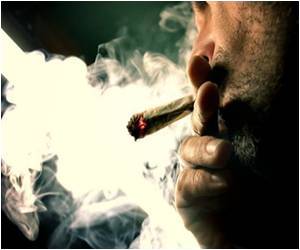 New editorial offers lucidity and structure on mistaking between drug and alcohol addiction terminology for prescribers, users and regulators, was released this week. "Through a glass darkly: can we improve clarity about mechanism and aims of medications in drug and alcohol treatments?" is published in the Journal of Psychopharmacology, the official journal of the British Association for Psychopharmacology, published by SAGE.

David Nutt and Anne Lingford-Hughes of Imperial College London's Neuropsychopharmacology Unit together with Jonathan Chick from Queen Margaret University, Edinburgh suggest that a better understanding of current treatments' modes of action and targets would aid understanding in the addiction field. This should be coupled with clarity as to exactly which patient groups or symptom stages each treatment works upon, they recommend.


Nutt's team discuss the differing uses of terms such as addiction and dependence, and outline the three main treatment avenues for addiction or dependence on drugs or alcohol: withdrawal treatment, substitution therapy and abstinence. Withdrawal treatment is typically well understood, but elements of the other two categories remain open to interpretation.


Physicians prescribe substitutes to prevent drug withdrawal, a preferred treatment avenue for many patients. Interaction with treatment providers can lead to patients gaining assistance with other problems, while still dependent on a drug, albeit a less harmful one. Debate still rages about methadone and buprenorphine use for heroin addiction, despite proof that these substitutes can reduce related crime, HIV spread and overdose deaths. Offering benzodiazepines or sodium oxybate (GHB) as a substitute in alcoholism treatment is even more controversial, and is not supported by some guidelines (e.g. NICE, 2011), despite evidence of efficacy. Anti-smoking aids such as patches and gum, though not labelled as such, are 'substitution' therapies because in practice many patients use these long-term.

The authors discuss definitions of abstinence - the most widely recognised goal for addiction treatment. Abstinence strictly means cutting out the addictive substance without substitution. However, some use the term to describe abstinence from street drugs while using substitute medication. Anti-depressants or anti-psychotics may be allowed if there is a mental health issue, where medications which target 'addiction' would be unacceptable.

Harm reduction - any intervention that reduces the harms of drug/alcohol use - includes social measures such as needle exchanges. In the UK this term may mean substitution treatment, particularly for heroin addiction.The article details opioid substitution therapies, and antagonist medications such as naltrexone and nalmefene that promote abstinence. The authors also look at the pharmacological arsenal against alcohol addiction. Substitution is not such a well-worn route in this case as it is for opioids or tobacco: treatments such as sodium oxybate and baclofen may cut withdrawal and reduce drinking, and physicians can prescribe acamprosate to promote abstinence. Vitamins are also useful in harm reduction. Drink-regulating agents like naltrexone are a recent innovation, which aims to reduce the number of drinks taken at any one session. The exact terminology for this class of drugs has yet to be agreed.

Substitution has been the mainstay of treatment for tobacco addiction for years. The antidepressant bupropion (Zyban) also assists with abstinence from cigarettes. Vaccines against nicotine are also in clinical trials. As yet there are no proven pharmacological treatments for other drug addictions such as cocaine/crack dependence. Cannabis dependence is another recognized problem without proven pharmacological treatment, the authors say."We have seen the development and use of different terminologies for different drug addictions, which confuses prescribers, users and regulators alike," says Nutt. "Alcohol/drug dependence and addiction are huge medical as well as social problems for the treatment of which new medications could be helpful. A better understanding of the modes of actions and targets for current treatments is required."

Are Females More Prone to Cocaine Addiction?
The female sex may be more vulnerable to cocaine addiction.
READ MORE