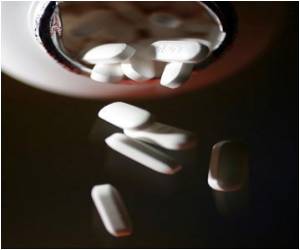 In a city crackdown on fraud, four persons were arrested in Delhi for illegally accessing medicines kept for beneficiaries of a government scheme, and selling them in the market.

The Central Government Health Scheme (CGHS) provides healthcare benefits to central government employees, pensioners and their dependants all over the country. The facilities are available in Wellness Centres where different systems of medicine are practiced.

This section gives an insight into the CGHS (Central Government Health Scheme) introduced by the GOI (Government of India).
Advertisement

The group which included a pharmacist, got hold of medicines worth Rs. 18 lakh over more than a year and sold them at 50 per cent of the actual cost. Attar Singh Mastwala, the pharmacist, seems to have been the brains behind the whole operation.


After checking the CGHS directory for names of people who could be dead, and of those who had not used their cards for three years, the four men obtained fresh ones, and through forging signatures and doctors' stamps, could get the medicines by filling the OPD cards which hospitals issue in the name of the cardholders. They had used a nail polish remover to take out the sign, 'Not For Sale' on the packaging. The names of at least 47 beneficiaries of the government scheme had been used in their fraud.

Indian-American Sentenced to 15 Years in Prison for Healthcare Fraud

A US court has sentenced an Indian-American to 15 years of prison and forfeit over $43 million after he pleaded guilty to charges of healthcare fraud.
Advertisement
It was an ingenious racket and Deputy Commissioner of Police (Crime) Ashok Chand states that the additional director of south zone, CGHS, had found out about it last December last year and yet did nothing to expose Mastwala's game.

The group's operation revealed certain areas that the CGHS need to address, like photo identification and verification visits that are lacking and hence, had made a fraud like this possible.