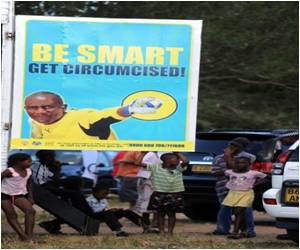 An unprecedented joint call by Jews, Muslims and Christians for unequivocal government support led to more waves on a row over religious circumcision in Austria.

The Jewish Community (IKG), the Islamic Community of Austria (IGGiOe) and Catholic and Lutheran bishops called on Friday on Vienna to "issue a clear commitment to religious freedom and to the legality of male circumcision."

"All sides welcome that the health and justice ministries see no need to change (the legal situation) but what is missing is a clear commitment from the highest level, in other words from government leaders," the statement said.


The call came after the premier of Vorarlberg issued a provisional recommendation to hospitals in the state not to perform circumcision operations, even when it is on religious grounds, prompting considerable media coverage.

Agents used for pain management in surgical removal of the foreskin of penis in neonates are discussed.

The centre-right Markus Wallner issued the call following a highly contentious June ruling by a court in the German city of Cologne that circumcision of young boys was tantamount to grievous bodily harm, a criminal act.

The Cologne verdict provoked uproar from religious and political leaders in Israel as well as Muslim countries, with Chancellor Angela Merkel reportedly saying it risked making Germany a "laughing stock".

This month German MPs adopted a cross-party motion calling on the government to protect the practice. Diplomats said the court ruling was "disastrous" to Germany's international image, particularly in light of its Nazi past.

"I see no need to act," Austrian Justice Minister Beatrix Karl said on Friday. "In Austria circumcision is not an illegal act. There also exists the fundamental right to religious freedom."

In Graz, capital of the southeastern Austrian state of Styria, the children's hospital has also decided not to carry out any more circumcisions that have not already been scheduled.

Both Muslims and Jews practise circumcision, although the Koran does not impose it, unlike the Torah which says the procedure must be done before the eighth day of a child's life.

The Austrian IKG's honorary president Ariel Muzicant reportedly even went as far as to say that a ban "would be an attempt at another Shoah (Holocaust) ... just this time with intellectual means." The comment drew widespread criticism.

Circumcision to prevent HIV has been given far more credence than it deserves. Like HIV, in the past circumcision was also advocated for preventing Tuberculosis and cancer.
News A-Z
A B C D E F G H I J K L M N O P Q R S T U V W X Y Z
What's New on Medindia