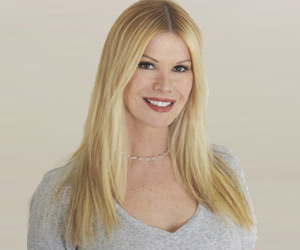 Over the past 23 years, the 55-year-old blond has spent 100,000 dollars on 52 different procedures, including Botox, facelifts, eyes, liposuction and surgery to make her hands look younger.

"For me, the best result is one that looks natural. I wouldn't ever want anyone to stop and stare at me and say 'that woman's had a lot of surgery.' I would never want to look like I'd had anything done," the New York Daily News quoted her as telling ABC News.


It's not a matter of low self-esteem, Jackson said on 'Today.' It's a matter of understanding aesthetics.

Is there anyone in this world who fails to be swayed by the magic of youth? None, for when youth explodes joyously all Nature smiles!
Advertisement
<< Easter Mass in Bulgaria
Wockhardt Gets FDA Approval for Marketing Generic Aricept >>

Scientists have proved that though Botox may smooth wrinkles it can dull a person's ability to understand others emotions.