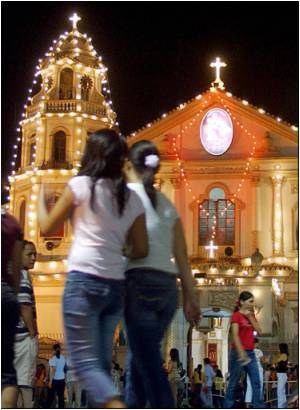 The research also revealed that the frequency of attending the church also has an impact on lower blood pressure levels. We found that the more often the participants went to church the lower their blood pressure," Torgeir Sorensen, from the School of Theology and Religious Psychology Centre at Sykehuset Innlandet said.

Previous studies in the U.S. suggested the link, but as 40 per cent of Americans regularly go to church its health benefits were treated as a coincidence, the Daily Mail reported.


"Previous research from the United States has shown that there is a possible link between people who attend church and blood pressure."

"About 40 per cent of the U.S. population goes to church on a weekly basis, while the corresponding figure in Nord-Trondelag County, where the research was carried out, is 4 per cent."

Blood pressure is an important vital sign. Answer this Quiz and learn more about blood pressure.
Advertisement
"For that reason, we did not expect to find any correlation between going to church and blood pressure in Nord-Trondelag."

But, the Norwegian researchers, who had just four per cent of churchgoers among their 120,000 participants, were astonished to see they too had lower blood pressure.

"Our findings, however, are almost identical to those previously reported from the United States, so we were really surprised," Sorensen added.

The study has been published in the International Journal of Psychiatry in Medicine.

Blood pressure is the pressure of the blood flowing through your blood vessels against the vessel walls. Just by entering you age, you can get the accurate range of blood pressure value.
Advertisement
<< Student Awakens from Coma Hours Before Organ Donation
2-year Old Who Lost Fingers to Meningitis Eats Christmas Di... >>