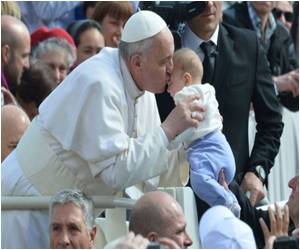 Despite disapproval from the Church, Catholic zealots in Philippines continued their tradition of re-enacting the final hours of Jesus Christ on Good Friday by nailing themselves to crosses.

Foreign and local tourists flocked to the outskirts of the city of San Fernando, a 90-minute drive from Manila, to see the annual spectacle where a Christian "passion play" is taken to its blood-soaked extreme.

In a vacant plot of land beneath the burning sun in the San Juan district, long nails were driven through the hands and feet of four men who took turns hanging on a cross as attendants prayed for them.


Elsewhere in the city, hooded men lashed their bloody backs with cloth and bamboo whips, doing penance for their sins while spraying onlookers with flecks of blood.
Advertisement
Devotees commit to undergo the mock crucifixion in exchange for a gift from God such as the healing of a sick loved one.

Laranang, a short, sunburnt man who sells baked buns to bus passengers, said: "It is just like a needle going through my hand. After two days, I am ready to go back to work again."

So far, he told AFP, his suffering has been rewarded as his wife and children enjoy good health and he continues to make a good living.

"I am doing this for my family, so that no one will get sick and that my livelihood will continue. I am just a poor man. But I don't ask God to make me rich," he said.

He and the three other men grimaced as the nails were pounded into their hands, but they fixed their eyes on the sky and appeared to be in a trance as they each hung on the cross for up to 10 minutes.

After they were taken down, the men hobbled off to a medical tent as Western tourists snapped pictures.

Men in other districts of San Fernando were scheduled to go through the ordeal later Friday in a demonstration of the deep religious fervour in the Philippines, which has Asia's largest Roman Catholic population.

Norwegian Charlotte Johanssen, 26, a Manila resident who was among the crowd of onlookers, said some of her visiting friends had found the sight too much to take.

"I have friends who felt sick to their stomachs and who got nauseated," said Johanssen, who works for an aid group in the Philippine capital.

"There are those who get amazed. You can't imagine how anyone can subject themselves to this kind of pain," she said.

The mock crucifixions have been going on for decades despite official disapproval from the Philippines' Catholic bishops.

"The bishops have been saying for a long time they disapprove of this. But people make such vows. They sacrifice themselves for others," said Father Francis Lucas, executive director of the Philippine bishops' media office.

"We have so many crosses to bear in life. We don't need to bear a real one," he told AFP.

The Philippines, a former Spanish colony, is home to more than 80 million Catholics and the Church wields strong influence, ensuring that divorce and abortion remain illegal.

Some Filipinos were disappointed that Manila-born Cardinal Luis Antonio Tagle missed out this month when Argentina's Jorge Mario Bergoglio was chosen at a Vatican papal conclave to succeed Benedict XVI, becoming Pope Francis.