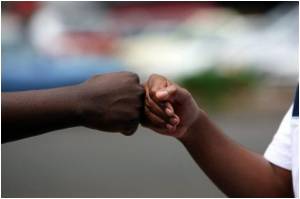 As of Monday evening, "we have recorded 2,078 cases including 155 deaths in the Extreme North region," Professor Gervais Ondobo of the ministry told AFP.


The latest figures mark a sharp jump from the previous toll released in late July, which listed 94 deaths among around 1,300 cases.


According to Ondobo, 94 of the deaths had been "in the community", rather than in hospital.

Cases had been recorded in 17 out of the Extreme North's 28 districts, Ondobo said.

The first case was detected on May 6, the ministry said.

Cholera outbreaks are common in northern Cameroon, especially during the rainy season.

Protection Against Cholera Possible by Using Sari to Filter Water
A study conducted in Bangladesh has revealed that sari can be a sustainable protector from cholera.
READ MORE

How the Cholera Bacteria Becomes Infectious
The structure of a protein called ToxT that controls the virulent nature of Vibrio cholerae , the bacteria that causes cholera has been described by Dartmouth researchers.
READ MORE