"We have recorded 52 deaths from cholera outbreak in four local government areas of the state while 1,335 have been hospitalised," the director of disease control in Borno State, Abdallah Sadiq, told AFP. 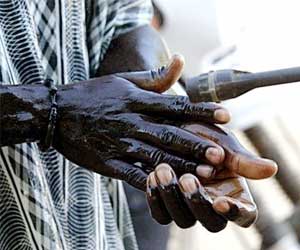 Cholera can be fatal if left untreated 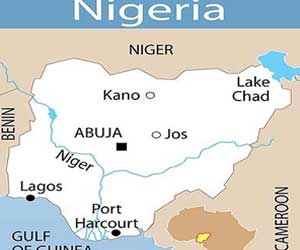 Nearly 1,000 people have been hospitalised after an outbreal of cholera in Nigeria

"The disease was first reported on September 10 in Gwoza local government on the border with Cameroon from where it spread to six other districts", he said.


He said Biu local government on the border with Chad was the worst affected area where 650 were infected, forcing health officials to open a camp for the victims.

Late September, officials in Jigawa State announced the death of 11 people in a cholera outbreak which affected 400 others at a village outside the state capital.

Cholera is a water-borne disease and can also be transmitted by food that has been in contact with sewage.

Cholera has killed 11 people in the past 10 days in northern Nigeria, taking the death toll from the latest outbreak to 88, officials said Wednesday.

Color Blindness Calculator Indian Medical Journals Accident and Trauma Care Find a Doctor Sinopril (2mg) (Lacidipine) How to Reduce School Bag Weight - Simple Tips Vent Forte (Theophylline) Pregnancy Confirmation Calculator Find a Hospital Hearing Loss Calculator
This site uses cookies to deliver our services. By using our site, you acknowledge that you have read and understand our Cookie Policy, Privacy Policy, and our Terms of Use