It might be a good idea to stock up on chocolates, for they are going to turn costly in just about 20 years.

"In 20 years chocolate will be like caviar. It will become so rare and so expensive that the average Joe just won't be able to afford it," The New Zealand Herald quoted John Mason, executive director and founder of the Ghana-based Nature Conservation Research Council, as saying.

Farmers in the countries that produce the bulk of cocoa do not get incentives for the time-consuming work of replanting as their trees die off - a task that usually means moving to a new area of canopied forest and waiting three to five years for a new crop to mature.


The children of these African cocoa farmers, whose life expectancy is only 56, therefore prefer working in cities than undertaking backbreaking work for such a small reward.

"The other challenge is that cocoa is competing for agricultural space with other commodities like palm oil - which is increasingly in demand for biofuels," explained Thomas Dietsch, research director of ecosystem services at the Earthwatch Organisation.

"Chocolate consumption is increasing faster than cocoa production and it's not sustainable," Tony Lass, chairman of the Cocoa Research Association, told the annual conference of Britain's Academy of Chocolate last month.

"Production will have decreased within 20 years to the point where we won't see any more cheap bars in vending machines - unless they are made with carob instead of chocolate," said London chocolatier Marc Demarquette.

But some believe that chocolate lovers will save the chocolate industry from extinction by paying whatever it takes for the good stuff.

A spokesman from Cadburys suggested that scarcity might be averted through Fair Trade initiatives.

"It's hard to imagine a world without a demand for chocolate, but whether it remains the low-cost snack food it is now may well change in time," said Earthwatch's Dietsch.

Health-conscious Brits Choosing Nuts and Dried Fruit Over Chocolates
Britons are opting for a more nutritious diet with nuts, seeds and dried fruit instead of crisps and chocolate.
READ MORE 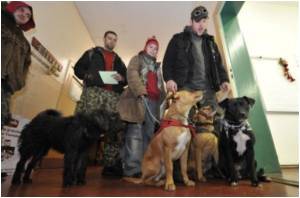 Veterinarian Says Chocolates can be Harmful for Pets
Chocolate consumption by many pets, including dogs, cats, ferrets, birds and rats, can be extremely hazardous, a Kansas State University veterinarian has said.
READ MORE

Your Passion for Even Chocolates and Hybrid Cars is Influenced By Genes
Blame your inclination towards chocolates and hybrid cars to your genes, says a new study, which found that clues to consumer behaviour may be lurking our genes.
READ MORE

Caffeine and DecaffeinationFood Combinations that Affect Your Well BeingDark Chocolate vs. Milk Chocolate vs. White ChocolateFoods to Avoid to Keep Acid Reflux At Bay