Chinese Women May Get a Few More Years With Their Jobs 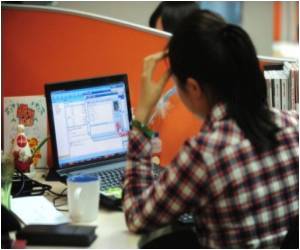 The Chinese labour authority is trying to delay the retirement age for women, according to a top official report.

The document, which was issued by the National People's Congress (NPC) Standing Committee, said the possible change to women's retirement age may be done alongside other improvements to the rights of working women, reports China Daily.

Azad Says Retirement Age of Faculty Doctors to be Raised

The NPC Standing Committee carried out an inspection tour last year as it explored the issue.


The document said the Ministry of Human Resources and Social Security will 'carefully look into the issue of women's retirement age and strengthen the training of women by taking the interests of different groups into account'.

Retirement leads to a substantial reduction in mental and physical fatigue and depressive symptoms.
Advertisement
According to current regulations, the retirement age is generally 60 years for men and 50 to 55 for women.

Qi Shujuan, a media officer from the All-China Women's Federation, told China Daily on Monday that it would like to see a more flexible system in which women can decide when they want to retire within an upper age limit.

Chen Fang, a professor of women's studies at China Women's University, said making the retirement age the same for men and women was 'a matter of human rights' and noted the age should change in line with social development and the development of women.

'Boomers' Reach 65 but Not Retirement

As the baby boom generation goes through another rite of passage at 65, America must gear itself for economic, social and cultural changes that this would bring.
Advertisement
<< HIV Transmission From Mother-to-Child Reduced With New Drug...
Parkinsons Disease Risk Reduced By Ibuprofen >>

Study Shows That German Retirement Age is Slowly Going Up

Germans work on average until they are 63, one year more than they did in 2002, figures published by the family ministry showed on Wednesday.
Advertisement
News A-Z
A B C D E F G H I J K L M N O P Q R S T U V W X Y Z
What's New on Medindia