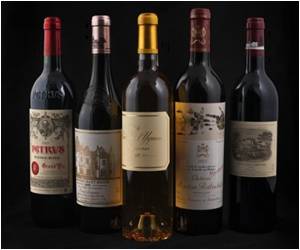 Specialising in rare teas and luxury hotels, a Chinese group has bought a historic chateau and vineyard near Bordeaux with the aim of turning it into a high class tea and wine tasting centre.

"It's the biggest Chinese investment to this day in terms of value," in the wine-producing area, Xavier Buffo, La Riviere's managing director said but did not mention the sum.


The chateau dates back to the 8th century and is associated with Emperor Charlemagne. It was bought in 2003 by James Gregoire who then sold it to the Brilliant group.
Advertisement
Apart from "continuing to produce fine wines," the new owners "want to create a high-class area for tasting tea and wine," Buffo said.

They will build a hotel near the chateau, he said.

The Chinese have developed a taste for the finest French wines and their extensive buying power has been credited with pushing prices for certain vintages to record levels.

In recent years they have increasingly taken to buying vineyards as well. But the level of each transaction has generally been under 10 million euros ($13.6 million).

American Chateau Wine Cannot be Sold in European Union
European Union decision to authorise their US rivals to use the term 'chateau' on bottles sold in .....

'Odd Behaviour' Cited as Reason for Banning Spears from Chateau Marmont Hotel
Britney Spears is not yet over the MTV VMAs debacle, but she already has another humiliation to ......