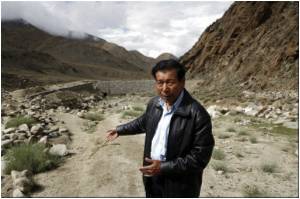 Significant increases in annual temperatures are having a devastating affect on glaciers in the mountainous regions of south-western China, potentially affecting natural habitats, tourism and wider economic development.

In a study published in IOP Publishing's Environmental Research Letters, scientists examined data from 111 weather stations across south-western China and have shown that temperature patterns were consistent with warming, at a statistically significant level, between 1961 and 2008.

Of the 111 stations examined, 77 per cent displayed statistically significant increases in annual temperature.


Collating a broad range of research on glaciers during this time period, the researchers, from the Chinese Academy of Sciences, identified three characteristics that were consistent with the increasing trend in temperature; drastic retreats were observed in the glacial regions, along with large losses of mass and an increase in the area of glacial lakes.

The implications of these changes are far more serious than simply altering the landscape; glaciers are an integral part of thousands of ecosystems and play a crucial role in sustaining human populations.

South-western China has 23,488 glaciers, covering an area of 29,523 km2 across the Himalayas and the Nyainqntanglha, Tanggula and Hengduan mountains.

As well as temperature, the researchers also investigated precipitation; however the results were less marked. Annual increasing precipitation is consistent with climate change and was observed in 53 per cent of the stations. A decrease in annual precipitation can also influence glacial retreat and this was observed in central regions of the Himalayas.

The lead author of this study, Dr. Zongxing Li, said, "I think glacial loss is caused mainly by rises in temperature, especially in the high altitude regions. From the 14 weather stations above 4000 m, there was an annual mean temperature increase of 1.73 degree C from 1961 to 2008."

"It is imperative we determine the relationship between climate change and glacier variations, particularly the role of precipitation, as the consequences of glacial retreat are far reaching," he added. 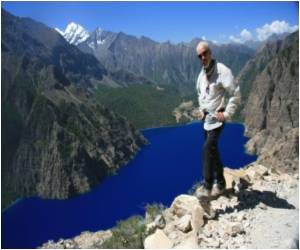 Melting Himalayan Glaciers is Going to Change the Lives of Billions of People
A new report has underlined the need for immediate action to protect the lives of billions of people whose lives will change due to the slowly melting Himalayan glaciers.
READ MORE

Report Suggests That Chinese Glaciers may Shrink 27 Percent by 2050
The average area of glaciers in western China might shrink by 27.2 percent by 2050 because of global warming, damaging crop production and worsening droughts, according
READ MORE

Greenland Glacier Loses Ice Chunk '4 Times Manhattan's Size'
A huge chunk of ice, 4 times that of Manhattan's size, has broken away from a Greenland glacier, a researcher from University of Delaware has reported.
READ MORE