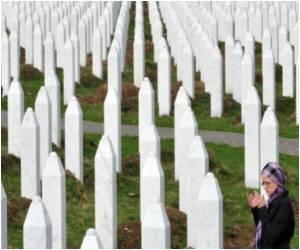 Reports indicate that an intact skeleton of an elderly woman has been excavated from an ancient tomb dating back to around 2,200 years ago in central China's Hubei Province.

Archaeologists found the skeleton from a tomb from the early Western Han dynasty at the construction site of an industrial park in the north of Zhuchengjie, a satellite city of Wuhan, capital of Hubei Province, on November 19, reports People's Daily Online.

While exploring a tomb numbered M6, the team found a nearly intact outer coffin and almost no water had leaked into it.


And to their surprise, there was a well-preserved dark brown skeleton inside the inner coffin, with a lot of grey hair still on the skull.

The coffin was tied with seven pieces of hemp rope.

It was identified as the skeleton of a woman aged about 70 years, according to the funeral customs of the early Western Han dynasty, the distance between the chin and the pit of the stomach; bone structure and thickness; as well as other evidence.

The team explained that the woman's skeleton and hair were well preserved because she was buried in multiple coffins, with the outer coffin covered by a thick layer of special plaster, and hair was not easily damaged by water.