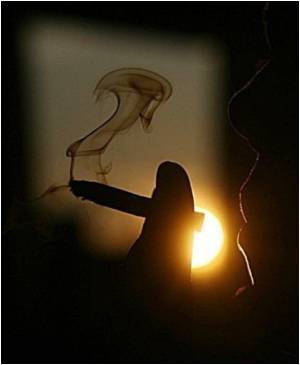 An international panel of health experts have warned that deaths from tobacco-related illnesses in China could triple in the next two decades. A joint report by Chinese and foreign experts have blamed the cigarette industry for blocking anti-smoking efforts.

By 2030, over 3.5 million Chinese could die each year from smoking-related illnesses, compared with 1.2 million deaths in 2005, according to the report "Tobacco Control and the Future of China".

The report, released Thursday, said China would almost certainly miss a deadline to implement an indoor ban on smoking, a pledge made when China became a party to the World Health Organization's Framework Convention on Tobacco Control (FCTC) in 2006.


Under the framework, China agreed to enact national legislation banning indoor smoking by this year. State media have said the deadline is January 9.

Every cigarette you smoke is causing irreversible damage to your body; slowly killing you from the inside. It also endangers those around you, your family and children.
Advertisement
However, no such ban has been put in place and smokers in China continue to light up freely in restaurants and office buildings.

"The tobacco industry has become the largest 'health-hazard' industry," said the report, sponsored by the Chinese Center for Disease Control and Prevention.

"Although it is a major 'taxpayer,' the industry is generating a much greater social burden," it said.

China is now the world's largest tobacco producer and consumer and tobacco is the country's top killer, the report said.

Cigarette industry interest groups have seriously undermined anti-smoking efforts and are a key barrier to effective tobacco controls, it said.

An arrangement in which China's tobacco monopoly acts as the lead entity in implementing the 2006 tobacco control framework effectively allows the industry to use government authority to promote cigarette sales and impede adoption of anti-smoking policies and laws, it added.