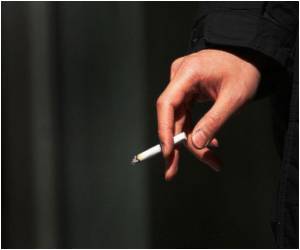 China's economy may be booming, but so too is the toll taken by smoking, the costs of which have soared by more than 300% in less than a decade, finds research published online in Tobacco Control.

There were more than 300 million smokers in China in 2010, and the country is both the largest consumer and producer of tobacco, with 7% of central government revenue derived from industry profits and taxes.

The authors base their findings on data from the Chinese National Health Services Survey, which records each participant's smoking status, their use of healthcare services, and how much these cost.


Only adults aged 35 years and older were included, to take account of the impact of smoking after several years. The average starting age for smoking in China is 21.

Smoking kills the smoker silently, pushing him towards serious illnesses, which slowly lead to death.
Advertisement
In 2003 smoking cost China US$17.1 billion (£10.65 billion), rising to just under $29 billion (£18 billion) by 2008, equivalent to 0.7% of the country's GDP.

Indirect costs, which include those for carers and lost productivity as a result of smoking related illness and premature death, came to $12.9 billion (£8.03 billion) and $22.7 billion (£14.14 billion), respectively.

The authors calculate that compared with 2000, the direct costs of smoking had risen 72% by 2003, and 154% by 2008. Indirect costs rose by 170% in 2003 and by 376% in 2008. This is partly attributable to China's rapid economic growth, the introduction of expensive high tech medical equipment, wage hikes and increases in the cost of healthcare delivery.

"If China's economy continues to grow, the economic costs of smoking in the future will escalate if smoking prevalence cannot be substantially reduced," say the authors. "Stronger tobacco control measures must be taken without delay."

Do you smoke cigarettes daily? Use medindia smoking risk calculator and calculate your reduced Life Span due to Smoking.
Advertisement
<< Alcohol Claims 30,000 Lives Per Year in Britain
Meetings With Your GP Just a Click Away >>