China to Stop Use of Leather Protein in Food Production 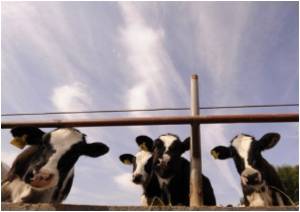 China guaranteed to halt the use of leather protein in production of food. The authorities said that the potentially harmful substance melamine, being added to some of the food products is country's latest concern over food safety.

Authorities will "harshly crack down upon and punish companies that illegally process or produce milk using leather protein," the country's product quality watchdog said in a statement posted on its website.

Leather protein is derived from scraps of animal skin. It is potentially harmful to humans if dangerous chemicals such as sulphuric acid are used in the extraction process, according to previous Chinese media reports.


Its use as an additive in animal feed is allowed but the government in February 2009 banned the adding of leather protein to food consumed by humans, said the General Administration of Quality Supervision, Inspection and Quarantine.

Packaged Salads, Melamine in Food - Under New Regulation by UN

The issue of food poisoning has been addressed by UN agencies who have imposed restrictions on melamine content in food and stricter guidelines for packaged salads.
Advertisement
However, unscrupulous food producers have been found adding it to dairy products to make them appear to have higher amounts of protein, the quality watchdog said.

Neither the government statement nor Chinese media reports said use of the substance was widespread.

But the government appeared keen to thwart any public concern over the issue after the industrial chemical melamine was found in 2008 to be widely used for the same purpose in a huge scandal that rocked the nation's dairy sector.

The chemical was blamed for the deaths of at least six infants and for sickening 300,000 with serious kidney ailments.

Since that scandal, periodic reports on products contaminated by melamine have continued to surface, embarrassing the government, which had vowed to stamp out its use after the 2008 scare.

The quality watchdog said inspectors also would look for melamine in their investigations.

In March 2009, authorities shut down Chenyuan Dairy Company in Jinhua in the eastern province of Zhejiang after they found leather protein was used in the company's products, the state-run China Daily said Friday.

The Ministry of Agriculture announced in a statement published over the weekend that authorities would conduct 6,450 tests of dairy products across the country this year.

Dairy Products Aren't All That Bad For Heart Health

A new study has challenged the long-held beliefs about the impact of saturated fatty acids (SFA) on the risk of cardiovascular disease (CVD).
Advertisement
Advertisement