China to Bring HIV Spread Under Control by 2020 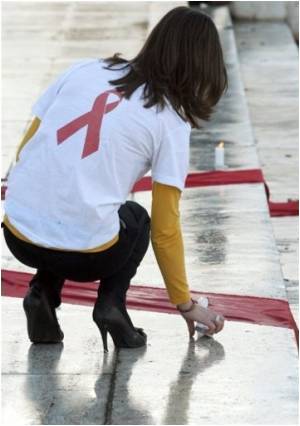 China warned of high prevalence of spread of HIV/AIDS in some areas. Officials state that the condition is hopeless and calling for better prevention and treatment of the disease. The HIV virus that causes AIDS was mostly sexually transmitted in China, with rates of infection among homosexual men increasing, and called for the disease to be brought under full control by 2020.

"The disease in some areas and population groups has become highly prevalent and many HIV carriers and patients have not yet been discovered," the State Council, China's cabinet, said in a statement.

The statement did not specify which areas of the country were particularly affected.


According to Chinese authorities, at least 740,000 people have HIV/AIDS in the country, out of a total population of 1.3 billion, although advocates for patients believe the real figure could be much higher.

Encyclopedia section of medindia explains in brief about the prevention for AIDS/HIV
Advertisement
Long a taboo in China, the government has now started talking more openly about HIV prevention and control.

The State Council called on local governments across the country to protect the legal rights of HIV carriers and AIDS patients.

But despite this, harassment of some independent campaigners and organizations still continues.

Tian Xi, a 24-year-old activist who has campaigned for compensation for thousands of people who contracted HIV through transfusions, was jailed for a year in central China last week.

He was accused of smashing up equipment in the hospital where he says he received transfusions of tainted blood as a child, but activists say local authorities had demanded he be detained before his arrest.

Statistics tell us that the world HIV+ population has risen drastically from 8 million in 1990 to a whopping 33 million in 2007! Even more alarming is the fact that young people (below the age of 25) account for half of these infections! This is adequate proof for the lack of awareness among the general public even in these modern times. So take our quiz and brush up on the essential facts of HIV/
Advertisement
Advertisement