China Shows Its Green Side 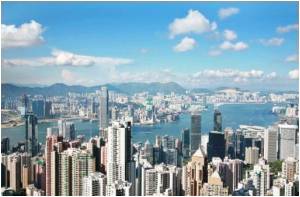 In China, small-scale farmers and producers are creating pockets of resistance by going back to their roots, as the country ploughs ahead with modernisation and industrialisation.

"China has made incredible steps forward but we're paying the price in terms of our health and are losing traditional ways of farming and eating," Zhou Jinzhang told AFP at the world's biggest food fair in Turin in northern Italy.

By 2017, China Will be the 2nd Biggest Luxury Market

An industry report has revealed that China is set to become the world's second biggest market for luxury goods after the United States in five years.
Advertisement

Zhang founded a non-profit association, "The Farmers' Friend," in 2004, amid the towering skyscrapers and bustling streets of the industrial city Liuzhou, in order to protect the use of local meats, cooking methods and ingredients.


"It's all about speed and convenience: with all the chemicals in farming and additives in food such as glutamate, many dishes have lost their flavour," said Jinzhang, who began by setting up a network of environmentally-aware farmers.

Penalizing and imprisoning food safety activists in China has a chilling effect on others, says a UN envoy.
Advertisement
In 2007, "the Farmers' Friend" took a gamble and opened its first restaurant using ingrediants from local, organic producers: "people said we were mad, that we were too ambitious, trying to create a utopia -- or living in the past."

When he began fighting to preserve Chinese traditions and promote healthy food Jinzhang had not even heard of Slow Food -- the movement founded in Italy to fight fast food -- but grabbed the chance to show off his project in Turin.

Among the foodstuffs under threat of disappearing are black and red rice -- highly popular in ancient China -- and a rare type of flour from the south.

Jinzhang's speciality, on offer to the thousands of international visitors at the fair, is an ancient tea recipe made with leaves from the Guangxi region and infused with sun-dried steamed rice, fried with meat and spring onions.

Nearby, 53-year-old Zhang Zimin sits quietly amid the bustle, as crowds of youths and school children hop from stall to stall, snapping up food samples.

Zhang used to work for China's largest food processing and manufacturing company, COFCO, but gave it all up 12 years ago to become a farmer, moving out of Beijing to set up the country's first organic farm, "God's Grace Garden".

"From 1990 to 1993, Chinese culture and society underwent great changes -- and with the change came Coca Cola factories, chemically-treated fruits, vegetables and animal foods, and an overwhelming use of pesticides," she said.

"I began getting sick, I couldn't sleep and knew I had to change my way of life. I had no experience of how to farm, I just started by myself and learnt along the way," said Zhang, whose family remained living in the city.

Like Jinzhang, Zhang said people thought she was crazy at first, but the idea caught on and she has many supporters who help on the farm when they can.

"If people don't change their ways, it will be a catastrophe for humanity. In China, we're destroying our heritage, we'll reach the point where we have no more fresh food, only mass produced, chemically-altered products," she said.

Zhang said she started the farm partly to see if it was still possible to go back to traditional methods, and partly to spread the Slow Food philosophy.

"The downside of the economic boom is that farmers are badly treated. No one wants to be a farmer anymore, and no one bothers to educate young people about food. We've forgotten how to connect with the land -- but we have to relearn."

While Zhang and Jinzhang may have begun their missions to promote clean, wholesome food alone, their message finds fertile ground among growing numbers of protesters worried about the health fallout from the industrial boom.

"We want people to know that China is not just a country gone mad with modernity, there are people like us promoting Slow Food values, and we will carry on doing so. This is a mission for life," Jinzhang said.

Even if Chinese consumers now want to know more about what is in their food as information is limited and hidden contaminants remain a major problem for Chinese shoppers.
Advertisement
<< Protein Structure Found To Help Fight Disease-Causing Bacte...
Hollywood Sign Will Soon Turn 90 >>

Blood Pressure Calculator Color Blindness Calculator Loram (2 mg) (Lorazepam) Nutam (400mg) (Piracetam) Accident and Trauma Care Drug Side Effects Calculator The Essence of Yoga Hearing Loss Calculator Find a Hospital Indian Medical Journals
This site uses cookies to deliver our services. By using our site, you acknowledge that you have read and understand our Cookie Policy, Privacy Policy, and our Terms of Use