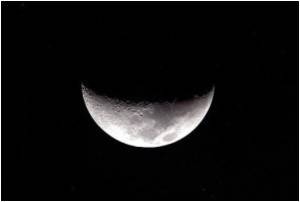 Washington, Aug 16 (ANI): China, a relative newcomer to the space age, has topped the list of countries contributing to space debris, according to a study by the Russian space agency, Roscosmos.

China accounts for 40 percent of the space debris, followed by the United States, which produces 27.5 percent.

More than 60 people had to be treated in hospital for a severe skin reaction after coming into contact with a polluted Chinese river, state media reported Wednesday.
Advertisement


And the credit for catapulting China to the top of the orbital garbage heap goes to the Chinese military, which deliberately destroyed a defunct weather satellite in 2007 to test a missile.

New research shows that air pollution in eastern China has reduced the amount of light rainfall over the past 50 years and decreased by 23 percent the number of days of
Advertisement
The explosion created more than 2,800 pieces of free-flying shrapnel.

Overall, there's more than 10,000 dead spacecraft, rocket bodies and other relics of the space age circling Earth, all of which present a formidable challenge for governments, researchers and companies wishing to operate satellites for remote sensing, science, communications and other services.

The Russian news agency RIA Novosti reports that Russian scientists have proposed the creation of an international airspace system for monitoring the near-Earth space environment, an idea that already has support internationally.