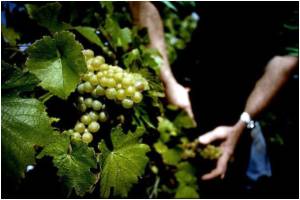 China has agreed to limit the "champagne" label to only wines produced in the French region bearing that name, with a trade group welcoming the move as a boost for the beverage in a fast-growing market.

Sales of the wine are accelerating in the world's second largest economy, from 50,000 bottles in 2001 to one million in 2010 to two million last year, making it the fifth-largest market outside the European Union.

But in a country famed for mass-producing fake goods, the "champagne" label has been applied widely, not only to Chinese-made sparkling wines but also goods ranging from candles to dog toys, said the Comité Interprofessionnel du Vin de Champagne (CIVC).


The new restriction will enable the organisation to seek action against mislabelled products more effectively, it added.

China had "achieved an optimal level of protection", CIVC spokesman Thibaut Le Mailloux said Monday, welcoming the development.
Advertisement
The country was "one of the biggest future markets for champagne", he added.

China's national quality watchdog, the General Administration of Quality Supervision, Inspection and Quarantine (AQSIQ), said champagne had been given "geographic mark protection" within the country.

The announcement on one of its websites specified the grape varieties to be used, locations in France where they had to be grown, where the wine should be made and the method of protection, among other factors.

China has only recognised three other labels in the wine and spirits sector, including cognac, Scotch whisky and the American vineyard region of Napa Valley, said AQSIQ's director-general Pei Xiaoying.

Sparkling wine was first introduced to China during the reign of Emperor Qianlong (1735-1796) and the Empress Dowager Cixi once broke a vase while uncorking a bottle, according to CIVC director-general Jean-Luc Barbier.

The trade body is still lobbying the United States and Russia to recognise the champagne label and block local sparkling wine producers from using the name.

"Chinese law gives us protection that Russia and the US do not," Le Mailloux told AFP, describing their approach as "anachronistic and without future".

Source: AFP
Advertisement
<< WHO Urges Ban on Tobacco Marketing
China Province Decides to Do Away With Mandatory HIV Tests >>

Quantity of Champagne Produced Could be Low but Will be of Highest Quality This Year
Champagne lovers could be facing a "drought" of their favorite drink this year due to poor weather...

The Secrets of Bubbly Revealed By Champagne Physicist
Living in a bubble and not caring about who knows it is Gerard Liger-Belair....

Pop a Bottle of Champagne Carefully as It can Damage the Eye
The American Academy of Ophthalmology has issued a word of caution while popping a bottle of ......