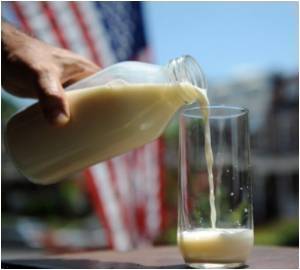 A woman in China was sentenced to death and her husband was jailed for life by the court after they were convicted of deliberately poisoning milk which claimed lives of three children.

The court in the northwestern province of Gansu on Thursday found that Ma Xiuling and her husband Wu Guangquan added nitrite, an industrial salt, to fresh milk produced by a competitor following a series of disputes.

Three children died and another 36 people were hospitalised after drinking the tainted milk in April.


The court found Ma "ignored the consequences" and added nitrite to milk produced by a rival dairy farm knowing that it was "harmful to people's health", said a court statement dated Thursday.

Encyclopedia section of medindia explains about the consumption of cows milk, which dates back to about 6000 to 8000 B.C.
Advertisement
The case is another black mark for China's scandal-prone food industry and its government regulators, who are still struggling to lay to rest a huge 2008 tainted-milk scandal that killed at least six babies and sickened 300,000.

Nitrite is a chemical used to make dyes and to preserve meats. According to the US Centers for Disease Control and Prevention, nitrite poisoning can result in nausea, dizziness, respiratory distress, loss of consciousness and seizures.