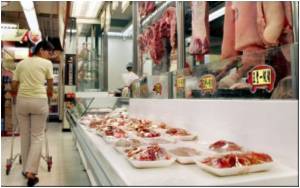 China has blacklisted around 151 ingredients that are forbidden in food and feed over the past nine years, reveals country's food safety committee.

According to figures released by the committee, the materials include 47 inedible materials added illegally to food, 22 harmful food additives and 82 substances forbidden in feed and drinking water for animals.


Tonyred, an industrial coloring agent, and ractopamine, which are used to promote leanness in pigs, are among the materials listed.

These moves came after a series of food safety scandals, including steamed buns dyed with unidentified chemicals, the use of "lean meat powder" and the use of illegal cooking oil known as "gutter oil," emerged despite Chinese authorities' efforts to revamp the country's food industry.

With better and safe non caloric sweeteners coming in the market day by day, it has now become possible for people to consume any sweet food /beverage without a compromise on taste.
Advertisement
Earlier, Vice Premier Li Keqiang promised "a firm attitude, iron hand measures and more efforts" to deal with the problem of illegal use of additives in food.

According to Chinese law, criminals producing and selling toxic or hazardous food could face a penalty as severe as capital punishment.

Find a Doctor Iron Intake Calculator Sanatogen Loram (2 mg) (Lorazepam) Drug Interaction Checker Color Blindness Calculator The Essence of Yoga Pregnancy Confirmation Calculator Turmeric Powder - Health Benefits, Uses & Side Effects Selfie Addiction Calculator
This site uses cookies to deliver our services. By using our site, you acknowledge that you have read and understand our Cookie Policy, Privacy Policy, and our Terms of Use