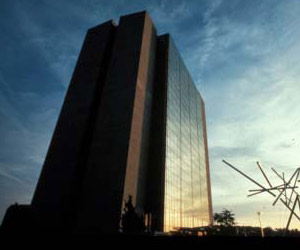 Chile is one of the world's most seismically active countries. A Chilean engineer, Rene Lagos, crunched the numbers for some of the tallest buildings in Santiago, and he loves to feel them move when earthquakes strike - as they do regularly in Chile. From the 24th floor of a high-rise in the Chilean capital, Lagos said, "Everything that's going to fall has already fallen. When a strong earthquake comes along, I just try to enjoy it. I spend my life designing buildings for this occasion, so I can't let myself get so nervous I don't experience it."

Chile is located on the Pacific Ocean's 'Ring of Fire', a seismically turbulent region where many of Earth's volcanic eruptions and earthquakes occur. In the past five years, the South American country has had three huge earthquakes with a magnitude greater than eight.

Many Earthquake Survivors Died of Cold in Nepal

At least 22 earthquake survivors have died in Nepal and thousands have fallen sick in various districts of the Himalayan nation due to the harsh winter chill.
Advertisement
‘Chile is prone to volcanic eruptions and earthquakes. The Chilean law demands that buildings must save lives during an earthquake by remaining standing.’
Tweet it Now

But it is also resilient, thanks largely to its demanding building code. The standard is that buildings must save lives during an earthquake by remaining standing.


Chilean law also holds builders liable for construction deficiencies, giving them ample incentive to make sure their structures are quake-resistant.

The denizens of Pune (India) will collect monetary donations and items such as clothes, bedding, etc, through social media and other means.
Advertisement
That means investing in enough steel, concrete and anti-quake technology to last a building's lifetime.

Fernando Guarello, a former director of the national architects' association, said, "The engineering design (of a building) is fully integrated into the architectural design. Keeping buildings upright through years of quakes large and small is no small feat. There will always be damages. They may not be very visible. But the materials will always suffer when they're squeezed and stretched."

The country learned some key lessons from an 8.8-magnitude earthquake that struck on February 27, 2010. The quake and subsequent tsunami killed more than 500 people.

One of the lasting images of the disaster was of low-income housing projects that collapsed like a house of cards because the builder had used steel rebar that was thinner than required.

Lawmakers tightened the rules after that, and builders doubled down on new anti-quake technology.

Juan Carlos de la Llera, a researcher at Chile's Catholic University who has patented some of the most recent anti-earthquake technology, said, "The law demands architecture that saves lives, but clients are even more demanding. People want their property and everything inside it to remain operational after an earthquake."

There is no such thing as zero risk in an earthquake, but Chilean architects have become masters at getting as close as possible thanks to anti-quake measures.

One of the methods is base isolation, which decouples the building proper from its substructure, protecting it with layers of rubber and steel that act like the shock absorbers on a car.

They reduce potential damage by 80% - but are currently only required in essential public buildings such as hospitals.

Then there is energy dissipation: mechanical systems that pass the energy of an earthquake onto specialized devices that crumple or yield, so that the building absorbs less of the impact. They reduce potential damage by 40%.

De la Llera is currently working on retrofitting one of Santiago's oldest buildings with base isolation: the Basilica del Salvador, a 19th-century building that was badly damaged in the 1985 and 2010 quakes. There will undoubtedly be plenty of chances to see if it works.

Many women living in remote hilly villages are forced to brave quake-damaged trails that face the risk of landslides in order to reach medical help.
Advertisement

A sudden, severe pain in the testis may be due to testicular torsion. Testicles inside the scrotum are very ...
This site uses cookies to deliver our services.By using our site, you acknowledge that you have read and understand our Cookie Policy, Privacy Policy, and our Terms of Use  Ok, Got it. Close
×