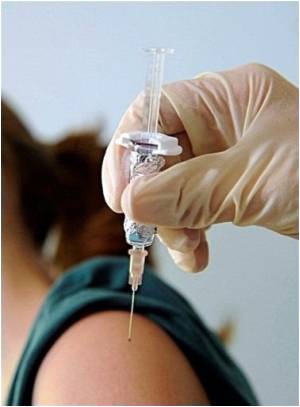 In the first head to head study of the two H1N1 vaccines used in the UK during the recent pandemic has found that the adjuvanted split virus vaccine induced higher immune response rates in young children, but was linked with more reactions than the whole virus vaccine.

During the 2009-10 influenza A (H1N1) pandemic, children experienced pandemic A (H1N1) infections at four times the rate of adults and were more commonly admitted to hospital, making them a priority group for vaccination.

Swine flu, a type of influenza caused by a new strain of the H1N1 Type A influenza virus has originated from the pigs. Winter always brings along the chills and the flu, make sure you're safe this season.
Advertisement
Thus, a team of UK researchers set out to evaluate the safety, reactogenicity (tendency to cause reactions), and immunogenicity (ability to induce an antibody response) of the two vaccines in children aged 6 months to 12 years, to inform the scientific community, policy makers and parents.

Over 900 children participated in the study, which took place at five UK centres between 26 September and 11 December 2009, during the second wave of the pandemic in the UK.

Kids were grouped by age and were randomised to receive either the split vaccine or the whole virus vaccine in two doses, 21 days apart.

Details of reactions, such as fever, tenderness, swelling and redness of the skin, were collected for one week after vaccination.

Blood samples were taken before vaccination and after the second dose to measure rises in antibody levels (a process known as seroconversion).

The researchers observed that both vaccines were well tolerated.

The split virus vaccine was also associated with more reactions compared with the whole virus vaccine, although these reactions were generally in keeping with the product data produced by the manufacturer.

Significantly fewer reactions, including fever, were observed after a first dose of adjuvanted vaccine than a second, especially in younger children.

"In this first direct comparison of an AS03B adjuvanted split virion versus whole virion non-adjuvanted H1N1 vaccine, the adjuvanted vaccine, while more reactogenic, was more immunogenic and, importantly, achieved high seroconversion rates in children aged less than 3 years. This indicates the potential for improved immunogenicity of influenza vaccines in this age group," concluded the authors.

Is the world in the grip of its first influenza pandemic in forty years? It definitely seems so! The current swine flu or pig flu disaster traces its origin to the badly- hit State of Mexico.
Advertisement
Advertisement