Children Just Like Adults Use Past Experiences To Process Communication 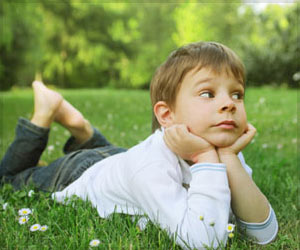 Preschoolers (children who are in the age of four and five) were found to have the same kind of communication skills as adults do, based on their previous experiences, says a study published in Psychological Science.

Daniel Yurovsky, researcher said, "Children process language in a way that combines both the auditory signal that they hear and their expectations about what they are likely to hear, given what they know about the speaker."

Initiating dental care at an early age can prevent tooth decay in children and also helps maintain overall oral health throughout life.
Advertisement
‘Preschoolers absorb what they have already learned in their experiences and retain these perceptions for future communication.’

Adding, "They are sensitive to how reliable the information sources are, and they can combine them in a way that respects this sensitivity."


The idea that we integrate two sources of information - incoming perceptual data and expectations based on past experience, when we communicate with each other emerges from developments in machine learning.

Obese children are more likely to suffer from respiratory disorders and had 60 percent higher total healthcare costs compared to healthy weight children.
Advertisement
"This framework is called the noisy-channel model that grew out of some foundational work in information theory, and now makes a big contribution to things like auto correct and text-to-speech applications," explained Yurovsky.

The team wanted to find out whether this noisy-channel model might also describe the way that children process language.

The researchers recruited 43 children (between 4 and 6 years old) and 50 adults to complete the same task. The participants saw pairs of pictures: in each pair, one picture showed a plausible scene and the other showed an implausible scene.

At the same time, they heard a distorted recording, in which a speaker introduced as "Katie" described one of the pictures. The participants had to select which picture in each pair Katie was most likely describing.

In the second round of the task, the description implied by the two pictures was phonologically very similar, differing only by a single consonant or vowel sound (e.g., "I had carrots and peas for dinner" versus "I had carrots and bees for dinner"). In this round, Katie always referred to the implausible scene ("bees").

The results showed that the preschoolers were able to incorporate what they had already learned about Katie in the first round when interpreting her description in the second round.

If Katie typically described the plausible scene in the first round, they were more likely to think that she said "carrots and peas." But if Katie previously tended to describe the implausible scene, they wouldn't correct her description in favor of the more logical picture - they assumed that she was referring to the implausible picture, however nonsensical it was.

"These findings show that children are not confined to trying to learn from the sounds they hear, but can use their expectations to try clean up some of the ambiguity in perceptual information using their expectations," said Yurovsky.

In a follow-up experiment, the researchers varied the amount of noise in the room when Katie was talking.

The noisy channel framework predicts that as speech becomes more difficult to hear like on a poor cell phone connection we should rely more on our expectations. And preschool-age children did exactly this: They adapted their responses to Katie's ambiguous descriptions according to both their previous experience and the noise level in the room.

Overall, the fact that such expectations played such a strong role in the preschoolers' decision making surprised the researchers: "It's pretty common in this kind of work to show that young children have some competence early, but usually if you compare them to adults you find that the effect is much larger in adults," explained Yurovsky.

Adding, "Not so here: At least by 5, and at least in this task, children adjust their expectations about what speakers are saying to the same degree as adults do."

During the day of lost sleep, the three- and four-year-olds consumed about 20% more calories than usual, 25% more sugar and 26% more carbohydrates.
Advertisement
<< Celebrating Organ Donors Day By Felicitating Donors
Reports Investigated 10 Percent Increase In The Number Of HI... >>

Behaviors that appear to benefit another person - such as sharing stickers, may actually stem from the relationship that a child has with that object.

A-Z Drug Brands in India Diaphragmatic Hernia The Essence of Yoga Drug Interaction Checker Sinopril (2mg) (Lacidipine) Hearing Loss Calculator Color Blindness Calculator Find a Hospital Nutam (400mg) (Piracetam) Selfie Addiction Calculator
This site uses cookies to deliver our services.By using our site, you acknowledge that you have read and understand our Cookie Policy, Privacy Policy, and our Terms of Use  Ok, Got it. Close
×