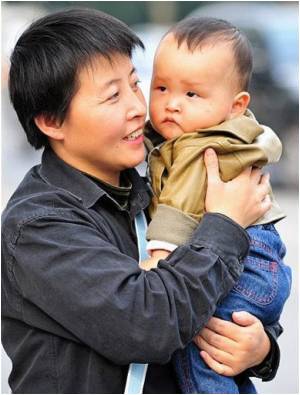 Children may not dread injections so much if they hear bird songs, say scientists.

A new study has pointed out the brain regions associated with developing childhood anxiety.
Advertisement

A project at Alder Hey Hospital in Liverpool, funded by The Foundation for Art and Creative Technology, involved playing the sound of the dawn chorus to patients and visitors.


The researchers found that children were less anxious about their treatment when the song was playing, and now the idea is to be researched further.

Researchers from the University of Malaga have created the 'Inventory of Daily Stressors', a method aimed at schoolchildren.
Advertisement
It is thought the calming sounds affects parts of the brain involved in emotion and can distract patients from the medical treatment about to happen.

Some believe that playing bird songs may result in patients requiring less pain relief which could help them recover sooner after treatment.

The project was put together by Chris Watson, who is a sound recordist with naturalist David Attenborough.

"We have seen tangible benefits for patients in bringing the natural world into hospitals. In the children's wards the play therapists use the birdsong as a distraction technique and to relax the youngsters before they have surgery," the Telegraph quoted Laura Sillers, Artistic Programme Director FACT, as saying.

"We also installed it in the corridors and there have been numerous requests for the Bird Song chorus to be reproduced on CD which patients then play at home.

"This research will be groundbreaking in demonstrating the role art can play in delivering health benefits," Sillers added.

A phobia is an irrational and exaggerated fear of an object or a situation that in reality, poses little or no actual danger.
Advertisement
Advertisement