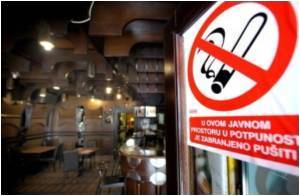 Children and adolescents living in non-smoking homes in counties with laws promoting smoke-free public places have significantly lower levels of a common biomarker of secondhand smoke exposure than those living in counties with no smoke-free laws, researchers at the Harvard School of Public Health (HSPH) have found.

The study appears in the June 7, 2010 advance online edition of the journal Pediatrics.


"The findings suggest that smoke-free laws are an effective strategy to protect both children and adults from exposure to secondhand smoke. In addition, interventions designed to reduce or prevent adults from smoking around children are needed," said Melanie Dove, who received her doctorate in environmental health at HSPH in 2010 and led the study.

Encyclopedia section of medindia briefs you about the History of Tobacco
Advertisement
The HSPH researchers examined data from the 1999-2006 National Health and Nutrition Examination Survey (NHANES), a cross-sectional survey designed to monitor the health and nutritional status of the U.S. population. They analyzed the cotinine levels in 11,486 nonsmoking youngsters, aged 3-19 years, from 117 counties, both with and without exposure to secondhand smoke in the home.

In addition to a 39% lower prevalence of detectable cotinine, the researchers also found that children in non-smoking homes had 43% lower mean cotinine levels.

"These laws have been shown to reduce exposure to secondhand smoke among adults. Our results show a similar association in children and adolescents not living with a smoker in the home," said Gregory Connolly, senior author of the paper and director of the Tobacco Control Research Program at HSPH. Douglas Dockery, professor of environmental epidemiology and chair of the Department of Environmental Health, also was a study author.

For children, the home is the primary source of secondhand smoke exposure and most of the smoking is done by the parents. Potential exposure sources for children outside the home include cars, private child care centers, restaurants, shopping malls and parks.

Approximately 20 percent of the youth in the HSPH study lived with a smoker in the home. These children had the highest cotinine levels and could benefit the most from an intervention to reduce exposure, regardless of smoke-free laws that might be in place, say the researchers.

"One way to reduce or prevent adults from smoking around children is for physicians to counsel parents to stop smoking," said Connolly.