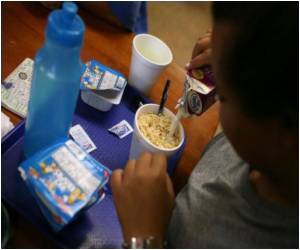 A new study conducted by a group of Australian researchers claims that children as young as four weeks old are on a diet comprising French fries and ice cream.

According to the study published in the journal Nutrition & Dietetics, while a number of health organizations say that exclusive breastfeeding of the baby in its first four months is a must for it to grow healthy, nearly ninety percent of the babies in the country would have already eaten ice cream or cakes while more than eighty percent were fed hot chips or french fries.

The researchers observed the diet of more than 500 babies in and around Perth over a period of 12 months.


Co-author of the study, Associate Professor Jane Scott said that she was not surprised to see that babies are being fed junk food and claimed that the study could provide the link between rising rates of obesity among children.

Low calorie meals or diet include foods that are high on nutritional content and yet have fewer calories. Updated information about low calorie diet or low calorie foods and its health benefits.
Advertisement
<< Death-Defying Bacterium Discovered
Many Docs Not Completing Training Course >>

Loram (2 mg) (Lorazepam) Diaphragmatic Hernia Drug - Food Interactions A-Z Drug Brands in India Pregnancy Confirmation Calculator The Essence of Yoga Hearing Loss Calculator Selfie Addiction Calculator Drug Side Effects Calculator Daily Calorie Requirements
This site uses cookies to deliver our services. By using our site, you acknowledge that you have read and understand our Cookie Policy, Privacy Policy, and our Terms of Use