Children are Suffering a Huge Burden of Viral Hepatitis 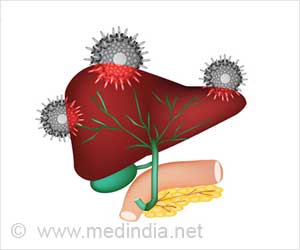 Viral hepatitis is most commonly caused by hepatitis A virus (HAV), hepatitis B virus (HBV), and hepatitis C virus (HCV). Fifty two million children lived with viral hepatitis worldwide in 2016, while 2.1 million suffered from HIV/AIDS, a new study has revealed.

In 2016, an estimated 325 million people were living with viral hepatitis worldwide. Hepatitis, a general term referring to inflammation of the liver, may result from various causes, both infectious and noninfectious.

Advertisement
‘Acute infection with HBV and HCV can lead to chronic infection. Patients who are chronically infected may go on to develop cirrhosis and hepatocellular carcinoma (HCC). Chronic hepatitis carriers remain infectious and may transmit the disease for many years.’

Of these, four million were children living with hepatitis C (under 19 years) and 48 million (under 18 years) were children living with hepatitis B. Both viruses can lead to liver disease, liver cancer and death, the findings presented at the 2017 World Hepatitis Summit in Brazil, showed. "Children are suffering a huge burden of viral hepatitis worldwide and the public health implications of this are enormous," said Raquel Peck, CEO of the World Hepatitis Alliance -- London-based not-for-profit.


Twenty one countries are responsible for around 80 percent of these pediatric hepatitis C infections, with the highest prevalence rates generally found in developing countries, noted Manal El-Sayed, professor in Egypt's Shams University.
Advertisement
The main causes of hepatitis C in children is mother to child transmission. However, neither pregnant women nor young children with this cancer-causing illness can be treated with the highly effective direct-acting antiviral (DAA) medications, as health experts are yet to recommend the vaccine in children.

Further, the study showed that compared to hepatitis C, new hepatitis B infections among children are declining -- from approximately 4.7 percent prevalence in the pre-vaccination era of the early 1980s to 1.3 percent.

This is due to scaled-up efforts to prevent mother-to-child transmission and global coverage with the three doses of hepatitis B vaccine.

Currently, 84 percent of countries offer hepatitis B vaccinations. However, coverage with the initial birth dose vaccination needed to provide protection to newborns is still low at 39 percent, the researchers added.

Nine Countries That Will Eliminate Hepatitis C By 2030
Elimination of viral hepatitis has become a possibility with the development of direct acting ......

Half Of those With Hepatitis C Unaware of It
Lack of routine screening and the asymptomatic nature of the disease can be the reason for the ......